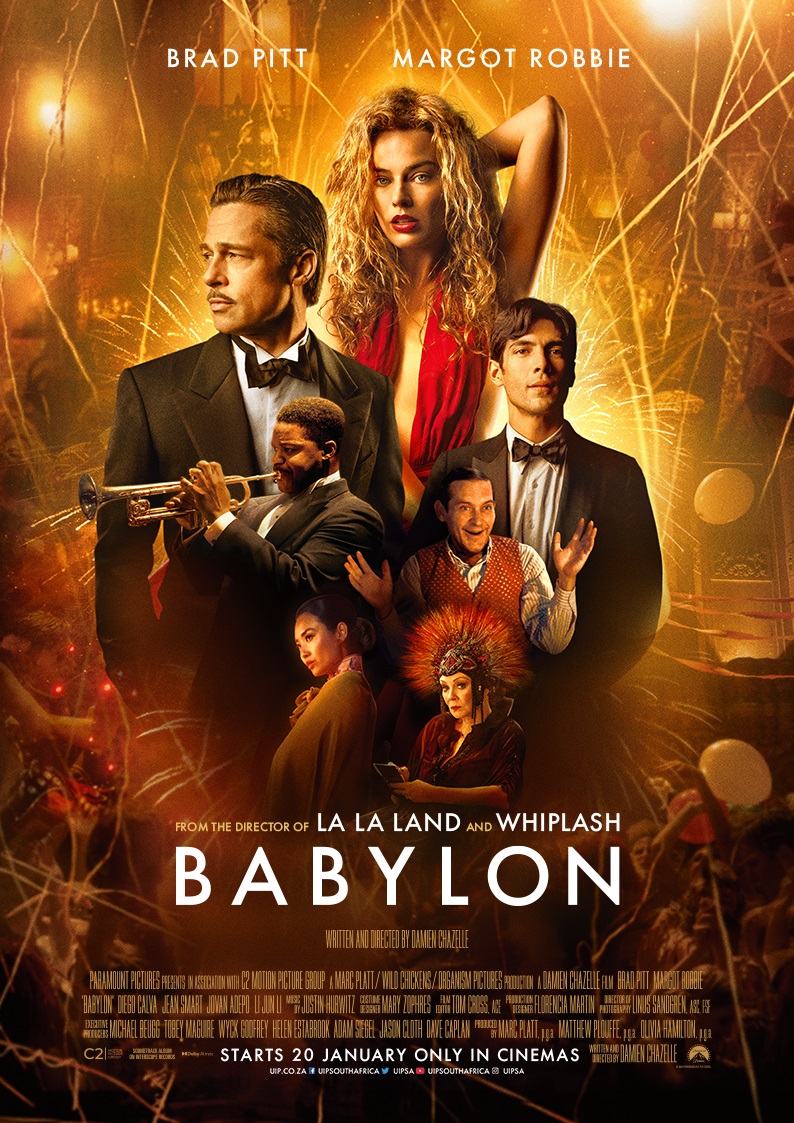 I don’t know what to tell you about Babylon.

BUT if you listen to nothing else, follow these three rules.

I knew you wouldn’t listen!

Storyline! More like storylines. Everyone’s the hero in this movie.

I left the dark catacombs of the cinema thinking: “What did I just watch?” Babylon left me reeling!

The excessive lifestyle of early 20th century movie studios. The ups and downs of life on set. The difficulty for actors in those days to go from silent movies to talking pictures. The insensitivity of the industry.

Babylon opens with an introduction to Manny Torres (Diego Calva), trying to get an elephant up a mountain to a wild party! Sound ridiculous? We’re just getting started.

At this party we’re also introduced to the whirlwind that is Nellie Laroy (Margot Robbie) and the superstar of silent film, Jack Conrad (Brad Pitt). We learn of Sidney, a jazz trumpet player (Jovan Adepo), and Lady Fay Zhu (Li Jun Li), a cabaret singer. While well-known actors make an appearance, the resident gossip writer Elinor St. John (Jean Smart) puts it all down for print.

The opening party scene at Hollywood producer Don Wallach’s home (Jeff Garlin) sets the tone for the chaos you’re about to endure. Whatever your preconceptions of the Roaring Twenties may have been, Director Damien Chazelle takes things to whole new level with his no-holds-barred approach to the folks who put in a lot of effort during the day and even more at night.

Mannie, Nellie and Sydney all “make it” in Hollywood!

On the surface Babylon is chaos and mayhem but there are some deeper truths explored: the difficulties behind the scenes, the seedy characters that don’t necessarily just lurk in the shadows, the emphasis on making money, the ambition and sometimes the pure luck or “right time right place” circumstance that has given many actors their start in Hollywood. All sorts of nuances are explored in Babylon.

Mannie, Nelly, Sydney, Lady Fay Zhu, even Jack Conrad, are unaware that they are just cogs in the money-making wheel that is the movie industry. “Everyone’s replaceable”, evident right in the beginning when Nellie gets her “lucky break”.

The rule for Babylon was that the onscreen action, if feasible, had to happen in front of the camera for real—as it did in the silent era. In an age where complete action sequences can be digitally produced, Chazelle insisted on recreating the stunts and vintage effects that early actors and production teams shot on a regular basis. More than 30 stunt actors, 10 riders, a full 30-piece orchestra, intricate fight choreography, and countless explosions created and executed by Special Effects Coordinator Elia Popov were used in the battlefield scene alone.

Be prepared, Babylon is a long movie. BUT, if you’re ready for a rollercoaster of highs and lows, laughs and gasps, make no mistake, you’ll be entertained by this one. 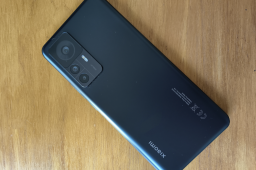 All about the Xiaomi 12T