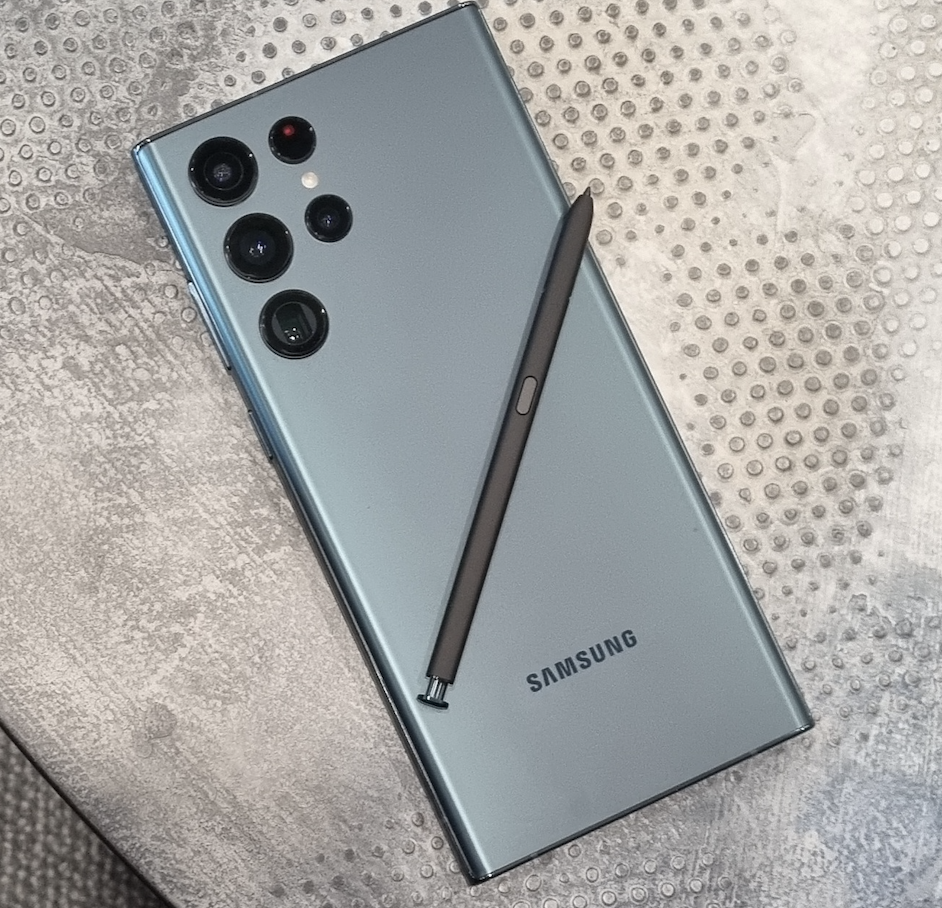 The cameras on the Samsung Galaxy S22 Ultra have undergone the most significant improvements, as Samsung aims to take the crown as the greatest camera phone. A larger primary sensor for better low-light shots, an AI-enhanced portrait mode, and a new Super Clear lens are just a few of these treats.

However, Samsung is charging a hefty price tag for a phone that now has less RAM. That’s one of the things that makes choosing the Samsung Galaxy S22 Ultra questionable…

The Samsung Galaxy S22 Ultra is understated yet gorgeous all at the same time. I like that the cameras aren’t housed in a blaring bulge, and I also enjoy the precise, squared-off angles. They all blend in better with the handset’s back. The design is sleek and minimalist.

Another benefit is that the display’s 6.8-inch screen is gently curved, which offers some aesthetic appeal without encouraging unintentional screen presses. My only concern is that it can be difficult to type words or move the cursor to the far left or right of the screen at times due to the drop off of the curve.

The S22 Ultra also weighs 229g compared to my Note 20 Ultra’s 204g, so it’s a little heavier but still more than manageable.

The Galaxy S22 Ultra feels sturdy and reliable, as it should, given that it has a Gorilla Glass Victus+ back and what Samsung calls Armor Aluminum as its frame. Unfortunately, more times than I’d like to admit, I forget the phone is on me or in a certain place, and I’ve dropped it. It seems to have only come out with a bump though (I hope Samsung don’t read this part). But in the name of thoroughly reviewing the device – let’s call this my “uncontrolled environment drop test” and I do this for you, my reader!

Phantom Black, Phantom White, Green, and Burgundy are some of the Galaxy S22 Ultra’s available colours and they make the phone look super smooth. I was popped the green for review, although I was holding out for the burgundy. There’s definitely an air of classiness about the colour of this phone. If you’re a regular drop tester like I am, then I suggest you get a cover, which is always a shame…

I have to admit, Samsung’s Galaxy S22 Ultra has raised the bar for display quality. As before, you get a dynamic 120Hz refresh rate, which during our hands-on time allowed for fluid scrolling but additionally, gamers can enjoy the 240Hz touch sampling rate.

The new Vision Booster feature, which can change the screen’s brightness on the fly during the day, is a real display benefit. In very bright sunlight, you shouldn’t have any issues using the S22 Ultra outside. I took it with me while I was out on the Zwartkops racetrack, taking video of cars and getting content. You’re suddenly not struggling to see what you’re shooting or playing back to yourself in the midday sun.

The Samsung Galaxy S22 Ultra is powered by a large 5 000 mAH battery, which according to Samsung will last over a day in typical usage. I have found the battery to last me a day, even if I spend a few hours at an event, taking videos, photos and posting tweets etc.

The Galaxy S22 Ultra supports 45W charging, an improvement over the 25W charging in the Galaxy S21 Ultra. According to Samsung, you’ll get to 50% charge in 20 minutes.

I’ve still got a Note 5 in my cupboard, and I’ve managed to own every Samsung Note since then… I have to admit that the smoothest S Pen I’ve ever used is the one on the Galaxy S22 Ultra. The smoothness on the S Pen is unbelievable.

Again, we’re back to storing the S-Pen in the phone… Unlike with the Galaxy S21 Ultra which had to make use of a bulky case. This pen slips back into its spot and is neatly tucked away, as it was with the Galaxy Note designed in previous years.

The Galaxy S22 Ultra also makes use of AI to anticipate your hand movements and basically replicates the experience of pen and paper. When taking notes, the writing is not just fluid, it also emits an almost scratchy sound that simulates writing on paper. It just goes back to the experience Samsung creates for you.

Other noteworthy S Pen updates from Samsung include more precise handwriting-to-text translations and the ability to rapidly store your notes in emails and Microsoft Office documents.

The S22 Ultra is a highly capable camera phone.

With its camera system Samsung is also stepping up its computational photography efforts. Improved AI high-res processing, adaptive pixel technology that merges 9 pixels into one for greater night vision, and 4x faster multi-frame processing are also available. With the launch of its camera update in June 2022, Samsung has already given these software features a boost. The performance of portrait mode has been upgraded, and Single Take’s glitch is fixed.

Even if the S22 Ultra’s Night Mode has been improved, I’m more satisfied with how the camera performs in low light when it isn’t on.

I took some pics of the Joburg skyline that show how excellent the 10x zoom on the Galaxy S22 Ultra is among the ones I’ve put up on Tik Tok. It’s still interesting that you can go so close, even though the 30x zoom loses some detail.

Other notable features of the camera include a feature called Auto Framing that can recognise up to 10 subjects at once and a specialised programme called Expert RAW that can record 16-bit RAW files for photographers who want to have greater creative control over their images.

It’s also important to keep in mind that the Galaxy S22 Ultra’s camera settings have the Scene Optimizer option activated by default. I think it’s good on the Galaxy S22 Ultra and I like to keep it on, unless you’re the professional and you want control of your pics yourself!

The Galaxy S22 Ultra captures clear video up to 8K at 24 fps, and its upgraded Super Steady mode helps keep your video incredibly stable. There are also a tonne of other features you can experiment with, like Portrait Video mode.

The Samsung Galaxy S22 Ultra is without a doubt one of my favourite phones I’ve reviewed in the last few months! Do I want to give it back, PFFFFF of course NOT! It’s been capable and adaptable and an improvement on the S21 range and going back to my Note 20, well, it’s been tough.

It just always impresses me that Samsung improve a phone so much from one year to the next. The strong zoom is still difficult to ignore too.

I do wish there was expandable memory in the phone though, as I go through storage quite quickly and if you’re going to buy this powerhouse, I think space is not something you’d want to forfeit… 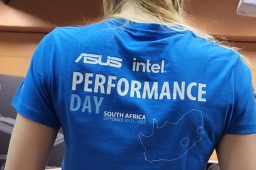