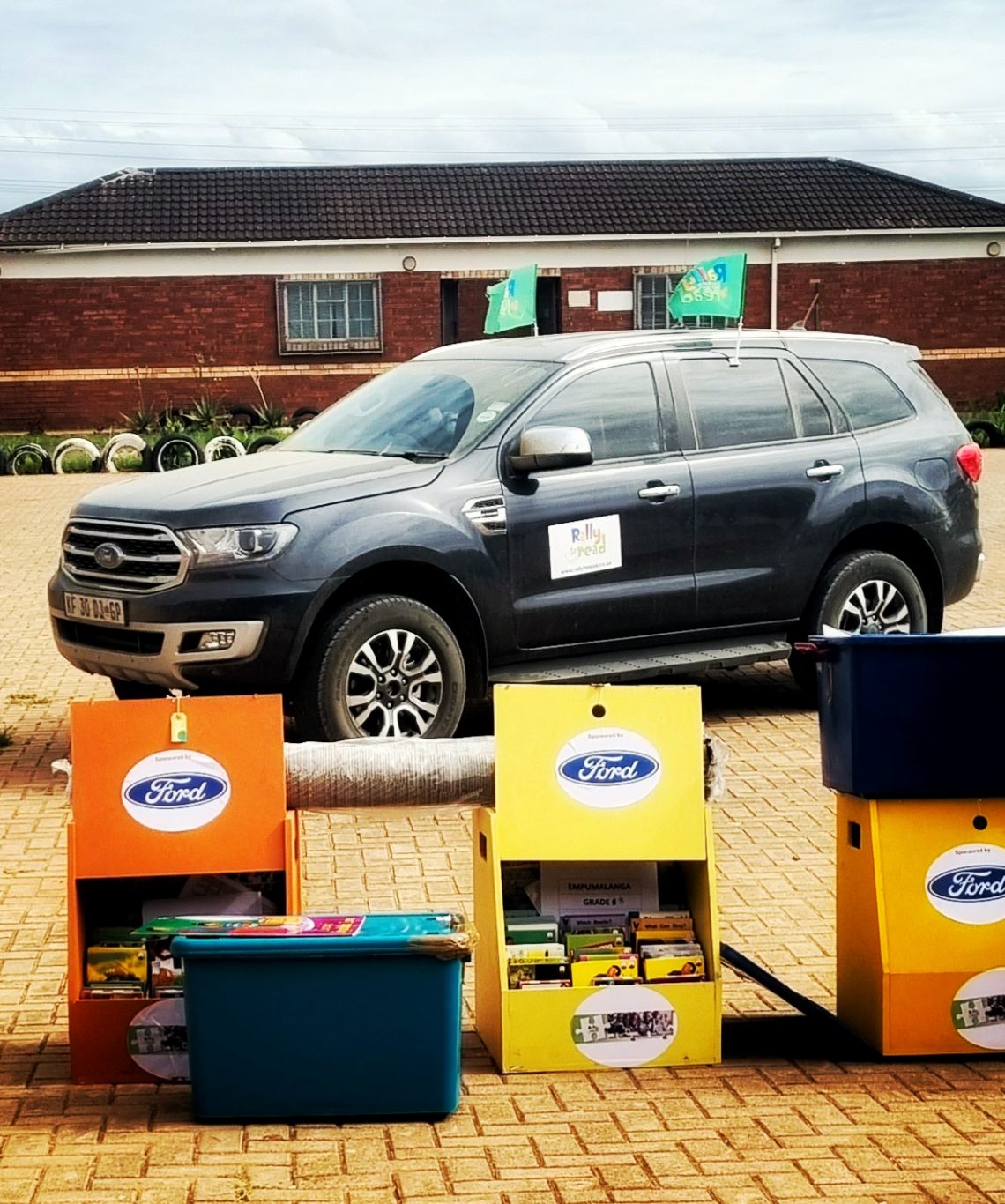 “A child who reads, will be an adult who thinks” – proverb

Ford invited little old me on a trip to the Eastern Cape to take part in the Rally to Read at the end of Feb 2022 and I jumped at the opportunity!

The Ford Motor Company Fund is the motoring giant’s charitable arm and I’ve seen what they’ve done in the last few years for communities in and around South Africa. This was going to be my first charitable trip with Ford and what an honour to do something great with them and play my part in a wonderful initiative!

Reading shaped my life and as a child, a teen, and an adult, I wandered off to some interesting places. As Annie Dillar says: “She reads books as one would breathe air, to fill up and live.”

I got lost in weird and wonderful worlds like Narnia and Neverland and while stories where both terrifying and delightful at the same time, nothing in the real world ever came to close to the vivid colours and characters my mind could conjure!

After I left school, I couldn’t decide what I was going to study. I dabbled – trying my hand at law, at marketing and finally settling into journalism. Here the idea of hearing someone’s story and honouring it as I get to put it to paper was quite appealing. I always wanted to please the reader, to entertain and to never leave anyone unsatisfied.

READ Educational Trust and its Rally to Read campaign

Again, reading shaped my life and then, eventually my career. I expect that some may argue that our government should be looking after our children – “that’s why we pay taxes” – the harsh reality is that these children aren’t being considered at all. Our children, the future of this country, are being left behind. It’s up to organisations like READ Educational Trust and the Rally to Read campaign, along with benefactors like Ford to not just throw money at the problem, as we so often do, but rather provide the right learning equipment, books and educational toys and train teachers to use those tools and give these kids the best start in life.

Rally to Read has a 23-year relationship with Ford, and the latest project is the result of a R1.36million grant from Ford SA, targeted at improving education and reading in the province. This Rally to Read is a three-year initiative that will benefit about 4100 primary school students from eight schools in the Nelson Mandela Bay area. The Foundation Phase, from Grade R to Grade 3, is the focus of the first year, followed by the Intermediate Phase, from Grade 4 to Grade 7.

Day 1, we landed in Gqeberha, drove to the Ford dealership where our steeds awaited us and lugged. I mean lugged. We loaded Ford Rangers and Ford Everests with little libraries, filled with age-appropriate books and toys for the schools our teams were off to visit the following morning. After loading up we drove off to our accommodation. At dinner we heard from the Rally to Read team. After testing done by READ, children in the area, age 14 were found to only have a reading age of seven. How do these children stand a chance in high school? Not the start any parent would want for their children.

Day 2, each team visited two schools and handed over books and educational toys.

In total Ford donated and distributed around 7 000 books to these Eastern Cape schools this year.

While the schools I visited were in good spirits, some of my colleagues found the teachers at the schools they called upon understandably downtrodden. Without support and the necessary resources, they haven’t been able to provide effective education to their pupils. Something Rally to Read is hoping to rectify.

Why the Eastern Cape?

The Eastern Cape was chosen for this year’s Ford-sponsored Rally to Read because the province has historically had the lowest Matric results in the country. According to READ, these schools remain under-resourced with a shortage of textbooks and learning materials, well into this academic year.

Early in formal schooling, says READ, a firm educational foundation is required, which should then be cemented and strengthened throughout elementary school. When students attend high school, they must have both academic and conversational English language skills to cope.

These children are the future of this country, and we ignore them at our peril!

“Education is for improving the lives of others and for leaving your community and world better than you found it.”