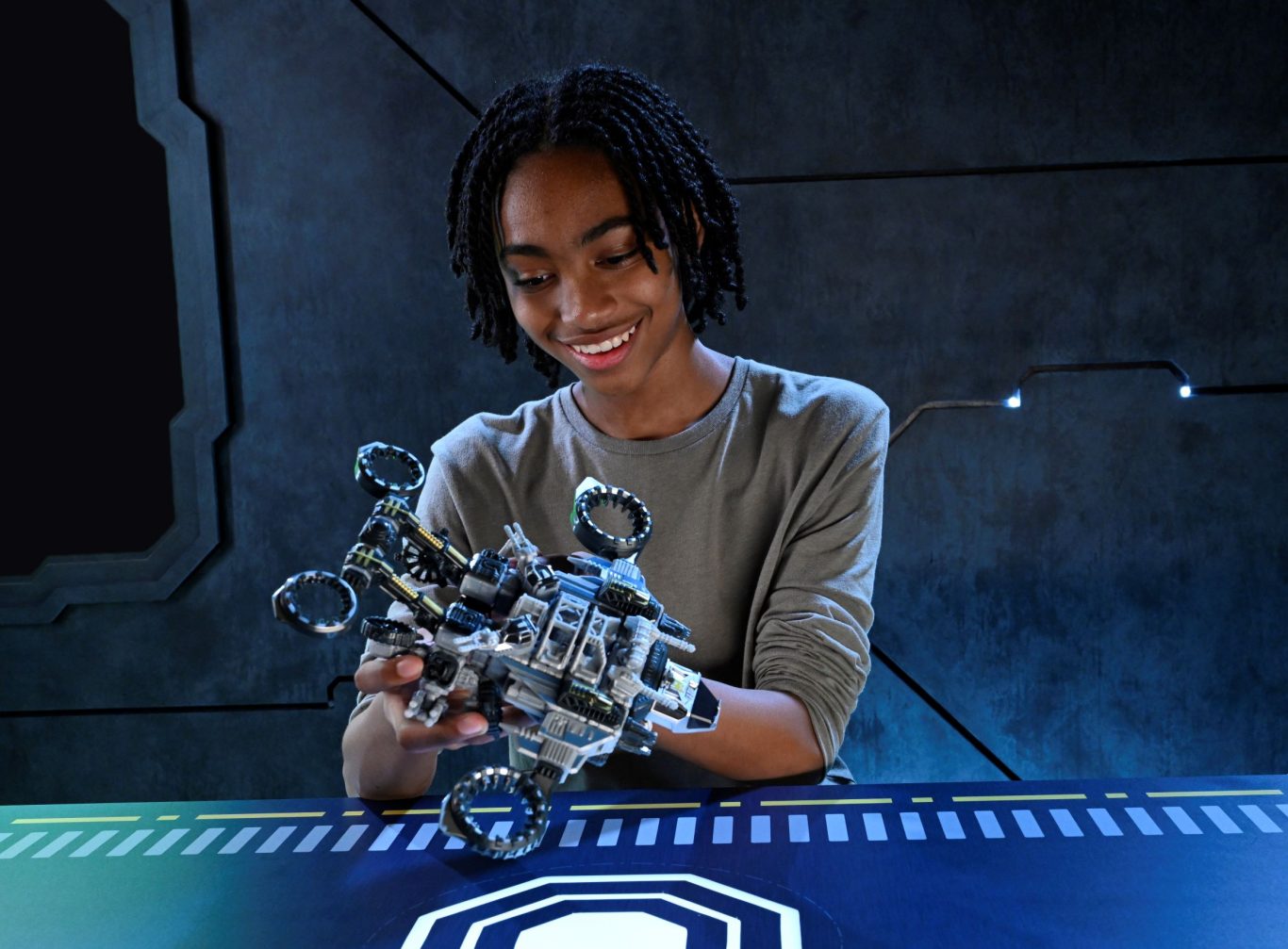 Are you prepared to create your own reality? Well, I cheated and enlisted the help of the neighbour’s kid to build the brand-new toy line, Snap Ships, and according to him… It was “pretty sick”.

Designed exclusively for boys aged eight and up (although I’m sure the girls so inclined will be into it too…), these playsets provide a new type of action play. They get to build different crafts over and over again and there is no limits to the arrangements and sets and components that are all interchangeable.

The possibilities with Snap Ships are endless and your dudes can make a variety of crafts using the adaptable building system. To get them started, each package contains instructions for self-assembly constructions (they’re boys not men , so they’ll still be reading instructions at this stage of their lives). The interconnecting cubes that snap together to build and rebuild every ship are at the heart of every ship.

“Snap Ships is a whole universe of excitement. It’s building blocks meets old style battle play, but for a new generation,” says Philip Galliford, senior marketing manager – Solarpop. “Created specifically for boys aged eight and up, as well as collectors, the construction toys allow for numerous configurations, as many as the imagination can muster.

“The animated series and app adds to the Snap Ships universe, bringing to life characters, storylines and the crafts themselves,” adds Galliford.

In the Snap Ships universe, it’s aliens vs humans. The Komplex are aliens who have been annihilating species throughout the galaxy. The Forge are an elite team of humans fighting them. Both use modular ship technology to construct and customise their spacecraft. These ships are more than just a building toy or a collectible—they’re packed with action for battle play!

Aside from the build, there’s an animated series with interesting characters and plot lines. Subscribe to the Snap Ships YouTube channel to watch the series, learn about the characters, and get to know the Snap Ships creators.

The interactive app for iOS and Android includes step-by-step building instructions and much more. In the app, life-size digital replicas of the crafts come to life and may be summoned into the real world using AR. Use the app to catalogue the collection and discover new builds and keep track of your collection and practice with your ship’s armaments.

In store for you

Snap Ships are ideal as birthday gifts, as stocking fillers and for under the Christmas tree. They’re perfect for kids, collectors and even dads.