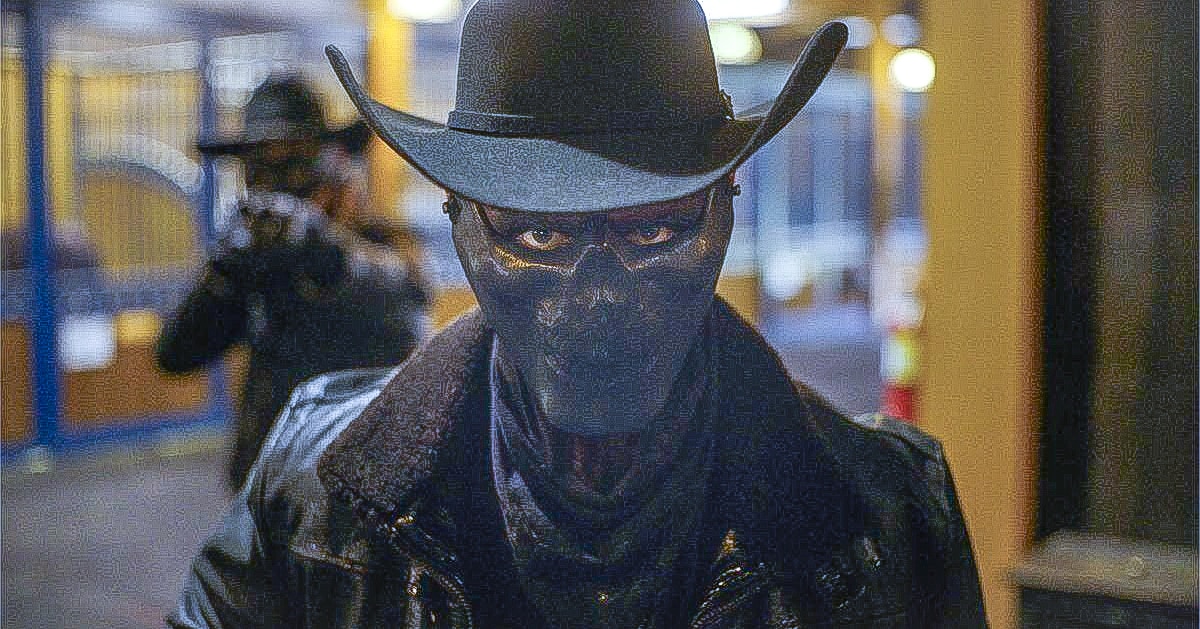 The Forever Purge is out now!

First off, The Forever Purge, has ruined one of my favourite fairy tale sayings: Ever After! There’s just too much violence associated with it now!

In lots of ways The Forever Purge is a more than subtle nod to the current political climate and a reflection of the divided world we live in. In fact I found myself thinking on several occasions that the premise of Purging seemed less and less dystopian fiction and more like something we could bear witness to soon.

The Forever Purge starts in a very different environment than its inner city-based predecessors and has a very different feel. Set just after the New Founding Fathers of America (NFFA) and its candidate, Minister Edwidge Owens, were defeated in 2016’s “The Purge: Election Year,” and purge nights were outlawed, the movie is centred around a Mexican couple Adela and Juan (played by Ana de la Reguera and Tenoch Huerta), who flee their home country in search of a better life in the USA.

Their entry into the US coincides with the re-election of the NFFA who immediately re-instate the Purge: A single night every year when all crime is legal, even murder. The idea behind purging was constructed in the previous Purge movies and was packaged by the NFFA as a night of release for the benefit of all citizens. Subsequent Purge movies have since shown the NFFA to be an elitist organisation using Purge nights as a vehicle to pursue their real agenda of removing ethnic minorities and poorer members of society through legalised murder.

Adela and Juan since entering the US have found jobs and Juan is shown working for a wealthy family as a cowboy/ ranch hand, while Adela helps has a job at a butchery/slaughter house. The ranch is run by the level headed father of the family Caleb Tucker (Will Patton) along with his son Dylan (Josh Lucas), Dylan’s pregnant wife Cassie (Cassidy Freeman) and his sister Harper (Leven Rambin).

They survive the re-instated night of the purge but things go terribly wrong, when a group make it known that they want the country “cleansed” and the purge continues indefinitely.

I must say, Ilove how the Forever Purge deals with issues like class, exploitation, racism, xenophobia but even better is seeing them challenge the American Way! I think there’s going to be plenty of discussions around the topic of the Forever Purge!

It’s also not often that you see the US go up in flames – they usually come out as the heroes!

The Forever Purge is in cinemas nationwide from today!