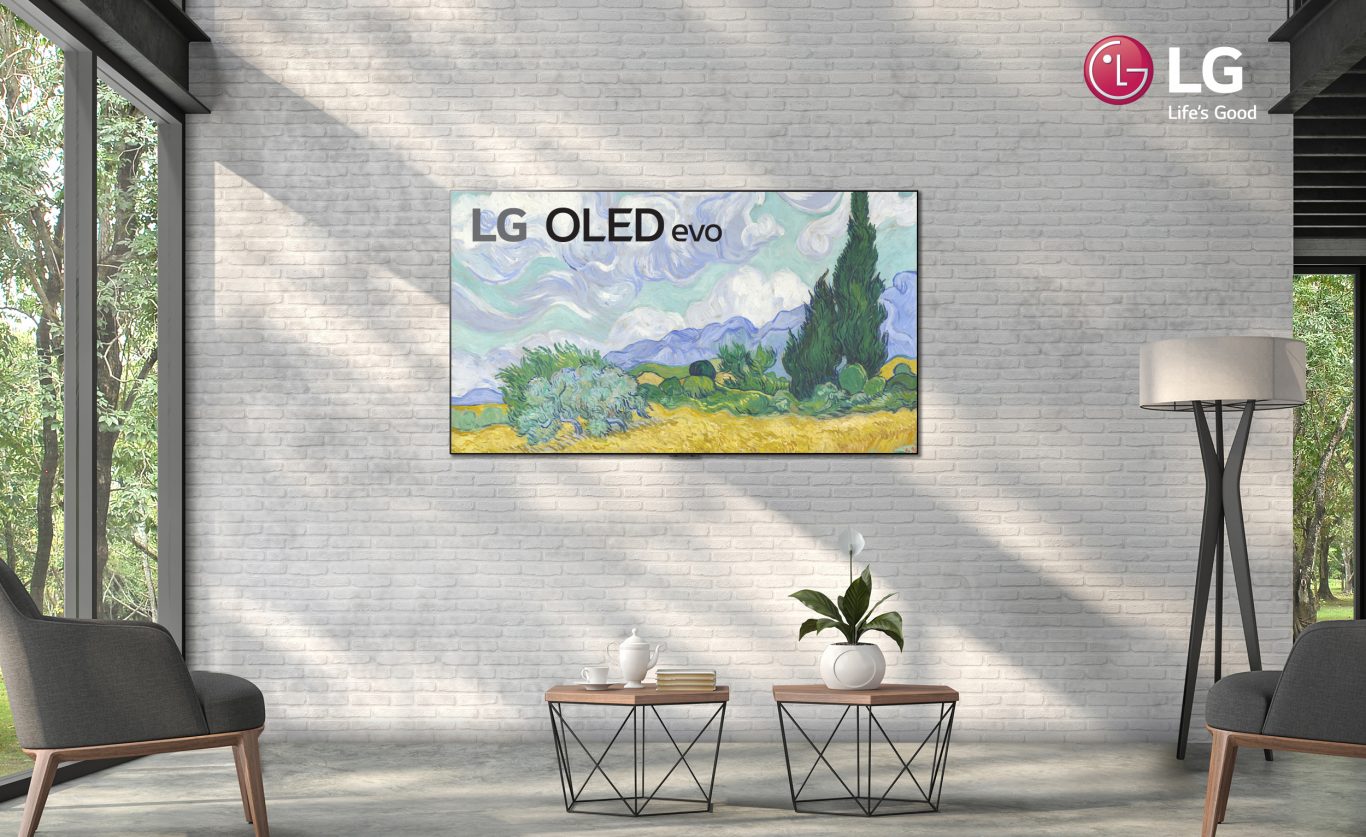 LG Electronics South Africa (LG) hosted a virtual event yesterday attended by a variety of South African celebrities and content creators to celebrate the launch of their exciting 2021 Home Entertainment line-up. Inspired by LG’s stunning OLED evo and QNED TV range, the launch opened with a spectacular display of performers enhancing their choreography through clever usage of light, including a laser harpist, and bringing the “light up your world” launch messaging to life.

The TV line-up was themed around three key pillars, “Watch, Play and Adore”; each of LG’s three special guests were invited to speak about what they love about LG’s new range of home entertainment products based on one of the pillars which was uniquely suited to each.

Game-changing TVs to look forward to, LG presented a comprehensive collection of new LG OLED TVs, some of which incorporate the state of the art OLED evo panel – offering consumers more options to fit their lifestyles.

Lance Berger, head of sales for home entertainment explained why there’s so much to get excited about: “When it comes to TV and home entertainment, the LG Self-Lit OLED range is the irrefutable best TV range on the market – beating all other TVs with the best picture quality and most advanced panel technology in existence.

“We’re sure to continue the trend which has given LG the title of the world’s best-selling OLED brand for the past eight consecutive years. Our self-lit OLED TV delivers the best ‘hometainment’ experience, with the TV line-up for South Africa in 2021 promising to be the most impressive yet!”

Their OLED TVs (series Z1, G1, C1, A1) are, according to LG, the best for picture quality currently on the market, with self-lit pixel technology that produces ultra-sharp and ultra-realistic images with smooth, natural motion.

All the OLED G1 series models and above, now feature LG’s futuristic new OLED evo technology – the next step in the evolution of OLED TVs. The technology delivers more light per pixel to produce punchier images, a 20% brighter viewing experience and better HDR performance.

LG’s latest intelligent processor, the Alpha 9 Gen 4 AI, revamps the performance of the LG OLED TV models in the Z1, G1 and C1 series. This processor is unlike anything we’ve seen before, according to LG, and leverages deep learning to enhance upscaling, “making content of any quality picture perfect on LG’s large, self-emissive displays”.

The Alpha 9 Gen 4 is so smart it can even detect the genre of the content optimising picture quality, amount of light in scenes and ambient conditions in various viewing environments. LG’s new TV range also hosts a redesigned operating system, webOS 6.0, which boasts a more intuitive interface.

The redesigned Magic Remote has seen the addition of dedicated hot keys for all our favourite content providers, allowing users to jump to their favourite services at the touch of a button, explained Melissa Graham-Tsaperas, product marketing manager

A great new feature called Magic Tap, which is powered by near field communication (NFC), allows you to simply touch an NFC-enabled device to the remote, and seamlessly share content between your TV and your smartphone. This means that you could share photos or videos and display them in perfect picture quality on your OLED, or you could take that show you’re binging with you while you head off to the kitchen without any interruption to your viewing experience.

LG’s A1 series of OLED TVs offers consumers a premium viewing experience at an affordable price range, while still including stand-out features such as Dolby Vision, Dolby Atmos, Filmmaker mode, and HGiG HDR gaming support. With all of these innovative features, LG’s OLED range has received no shortage of critical acclaim.

The OLED 48C1 was awarded best 48-49-50 Inch OLED TV by RTINGS and given the Best of Innovation award at the prestigious 2021 CES awards, and the new LG A1 series OLED TV was honoured by Digital Trends for the Top Tech of CES 2021 Award: Best in Show. LG took home the most awards at CES 2021, including the Best of CES Award for the TV category – for the seventh consecutive year.

LG OLED also received a Technology and Engineering Emmy Award for the ability to recreate the creative vision of Hollywood directors with Filmmaker Mode.

TechGirl Sam Wright expressed how impressed she was with the OLED displays: “I cannot state it enough – this is truly the most outstanding experience for anyone who loves gaming – from professional gamers to the average player, you’re going to love it!”

LG was the first TV manufacturer to offer NVIDIA G-SYNC compatibility, which dynamically synchronises your screen’s refresh rate to match the frames-per-second output generated by your graphics card. Screen stuttering severely limits what you can see in fast-moving scenes, and your monitor’s response time also has a significant impact on gaming performance.

They offer all the advantages of simultaneous connections for multiple gear set-up, from consoles to PCs, fulfilling any gamer’s wants and needs in relation to the perfect display. For gamers who want a competitive edge, LG OLED TVs have some of the quickest response times on the market, with a lightning-fast response time of 1 ms.

Simply put, it handles fast paced scenes better than any other TV – you’ll be able to see all the previously missed detail in your favourite racing or sports games.

LG also unveiled its new ‘Game Optimizer’ feature at CES 2021, which can prevent input lag, reduce blue light that causes eye strain, and use AI to automatically optimise your graphics depending on the game you’re playing.

With the introduction of next-gen gaming consoles such as the Xbox Series X/S, the need for premium gaming displays has never been more pressing. For this reason, LG has partnered with Xbox to make its displays even more gamer-centric and deliver the ultimate gaming experiences.

Because LG OLED TVs have self-lit pixels that illuminate on an individual level, they can display fast-moving sport scenes with less motion blur and flickering than backlit LED TVs. OLED Motion Pro reduces motion blur, delivering smoother action and a clearer viewing experience than ever before.

This allows you to see every subtle movement and detail when watching your favourite sport, not to mention the wide viewing angle which means everyone can catch the action. LG’s latest sports alert feature also ensures you will never miss a game, and while the supported sports and leagues may differ by country, the new feature allows you to receive real-time alerts on your favourite games even while watching other programmes.

More TVs to look forward to LG’s QNED MiniLED TVs are another exciting addition to the world of cutting-edge displays, with options ranging from 86’’ to 65’’. Available in a selection of 8K and 4K models, the range sets the new standard for LCD TVs by using LG’s Quantum Dot NanoCell technology and Mini LED backlighting to create the deepest blacks, more vibrant colours and excellent HDR quality for more immersive viewing experiences. 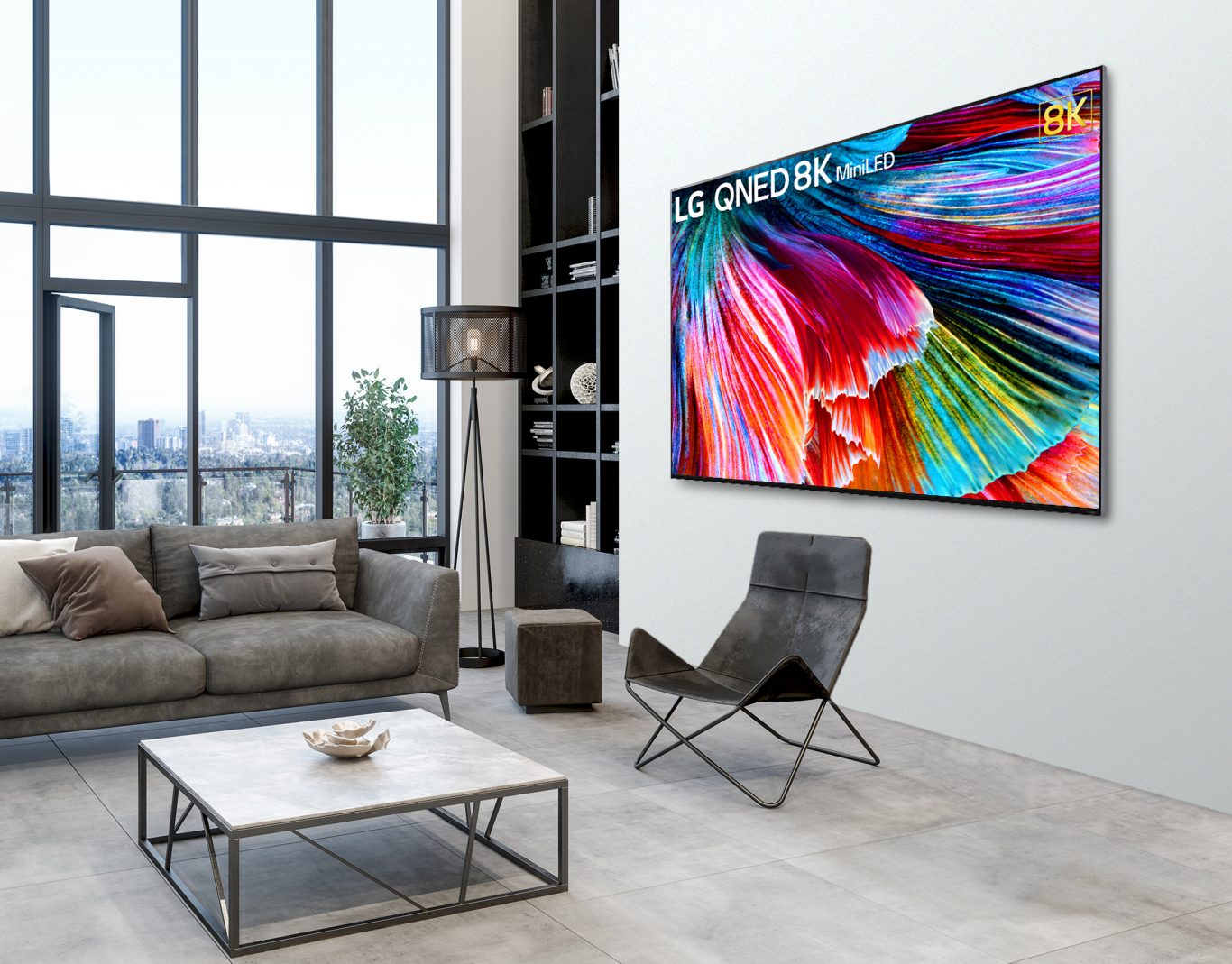 For consumers looking for a variety of options, LG also has their NanoCell TVs. NanoCell technology uses nanoparticles to filter out colour impurities and produce rich detail, clarity and colour from wide viewing angles. With the addition of Dolby Vision IQ that automatically adapts your picture to changing ambient conditions and the sport, show or movie that you’re watching.

LG NanoCell is also great for gamers, supporting HDMI 2.1, AMD Free Sync, VRR and ALLM, meaning you’ll be able to play your favourite games in 4K at 120HzThere are so many reasons to consider upgrading to the latest innovations in display technology.