Suzuki South Africa were kind enough to let me review the Suzuki Jimny for a week and here are the ins and outs of my experience with this little beast.

I drove a Suzuki Swift for 10 years, without any issues and yes, that car was one of the great loves of my life. I have recommended the Swift over and over again to countless people. Suzuki is a brand I love but would a week with the Jimny solidify my love for the car brand or would I get burned?

When I clapped eyes on the review vehicle as it pulled in front of the house, I was excited to see I had been given the Kinetic yellow and black, 1.5 GLX, manual transmission (MT). I’m sure my husband heard “I want one” pass my lips and that would not be the last time he’d hear me say that either. 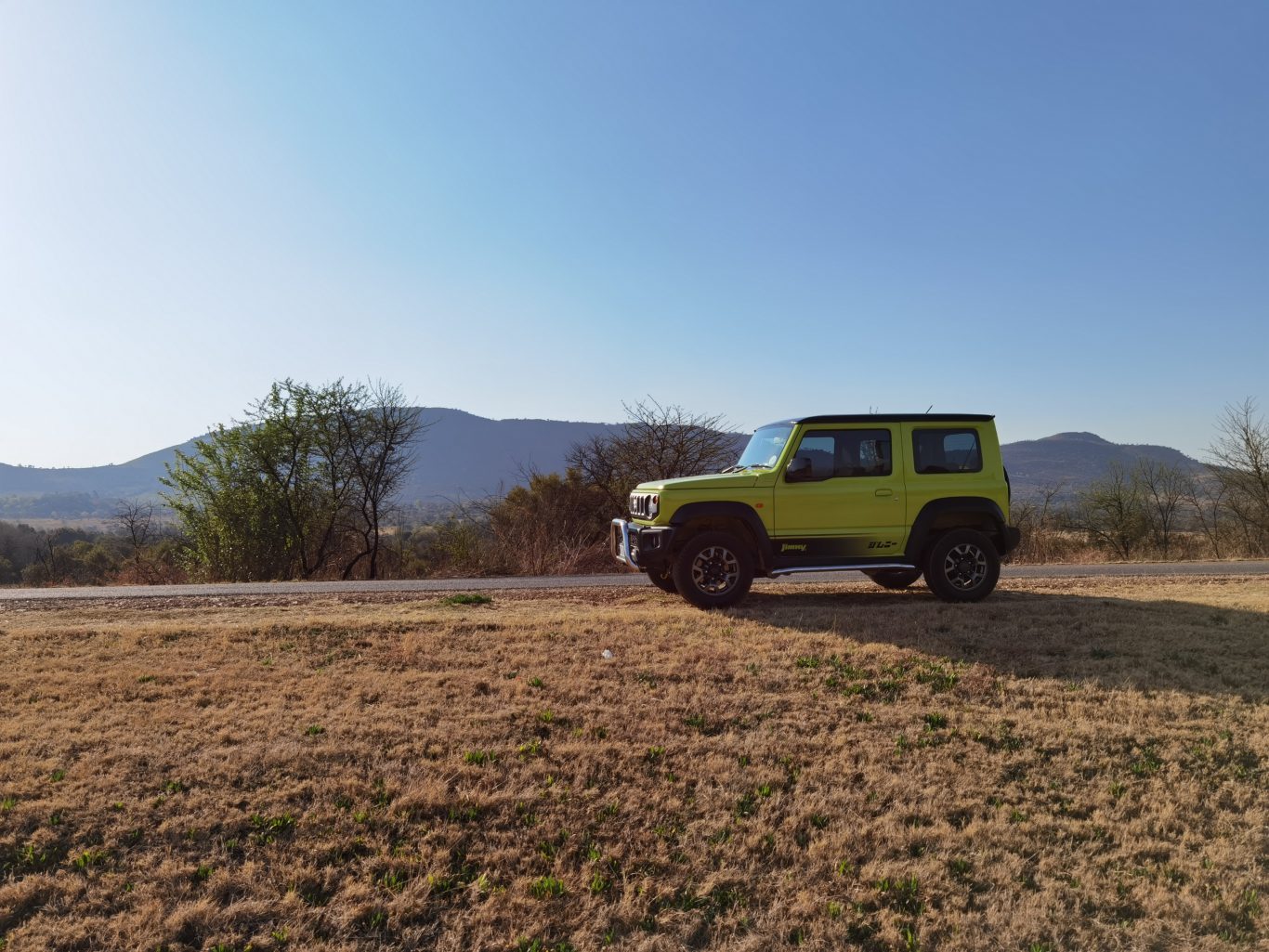 First impressions? It was bright, boxy and dare I say cute.

It’s like a Jeep Wrangler and the classic Land Rover Defender had a love child.

It’s design is definitely a head-turner whether you’re imagining yourself in one or having a giggle at the size of it, one thing is for sure though – it’s a great-looking car.

With the Jimny parked in my driveway for less than 10 minutes, I was taking it out on the road, after all I have no time to waste and would find any excuse to drive to the shops and back.

The manual gearbox had five speeds, as well as a lever next to the handbrake to shift the car into 4×4. For me the gear changes were not smooth, the gear box was a little “clunky” and stiff but the car trained me to do better and the drive soon became a hell of a lot more comfortable. 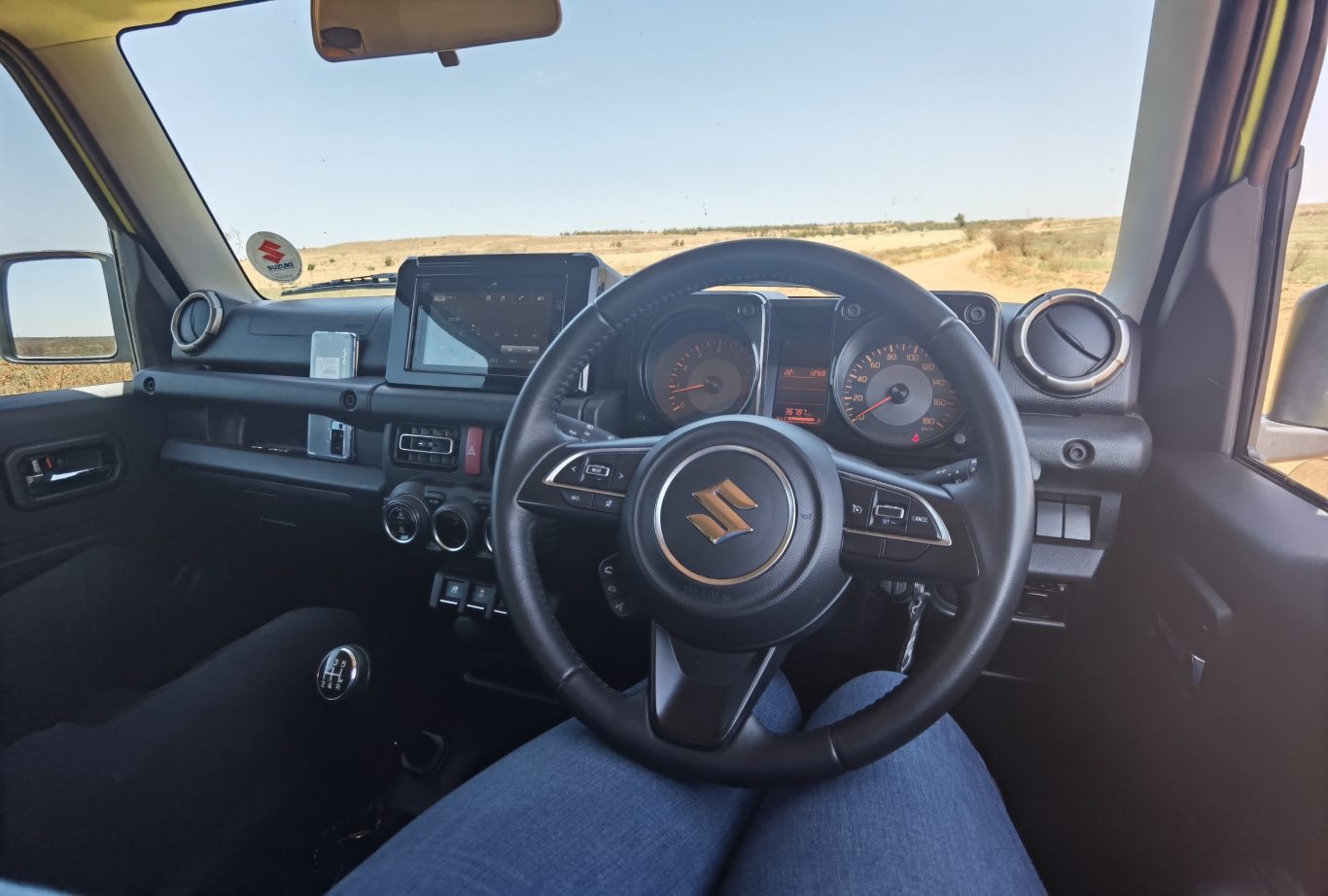 In true Jimny style, the interior is basic. No mess, no fuss, that kind of basic. It’s everything you need and want without any frills or fuss: simple dials and a monochrome multi-function computer. It’s all about that industrial feel.

I did struggle a little with places to put things though. I need options for my phone, my keys, my hand sanitizer and sometimes something to drink. There’s literally only two drink holders and a little key/phone slot – for me it’s not enough, not a deal breaker but I’d like a bit more. The compartments in the doors are just a bit too slim, so you could lose a phone and keys in there.

The electric windows were also controlled by centrally mounted switches which initially threw me off but didn’t take too much getting used to.

The Jimny also sports a 7-inch infotainment centre and sticks with the no frills, no fuss concept of the car. Voice-activated virtual assistants like Apple’s Siri and Google Assistant can be activated here but if you don’t have Apple Carplay or Android Auto functionality on your phone, the 7-inch infotainment centre can still connect to your smartphone via Bluetooth and USB.

The seats are comfortable and the steering wheel can be adjusted to suit the driver. The Jimny can also seat four adults comfortably.

The boot space however is very small. You won’t fit those four adults and their luggage for a holiday in the car. You also won’t fit a gym bag and a laptop bag and a handbag in the back – you’d probably barely fit a handbag or a laptop bag in there. You could however fold the back seats forward to make the boot space bigger but considering we live in a country where it’s not really safe to leave anything exposed on a back seat or in the boot, I would’ve liked to see a cover or something so as to avoid tempting those prying eyes or idle hands and fingers.

If you’re taking it to the country or the sea and you’re expecting to get down and dirty, perhaps opt for a leather-ish finish on the seats. The cloth will just get messy. 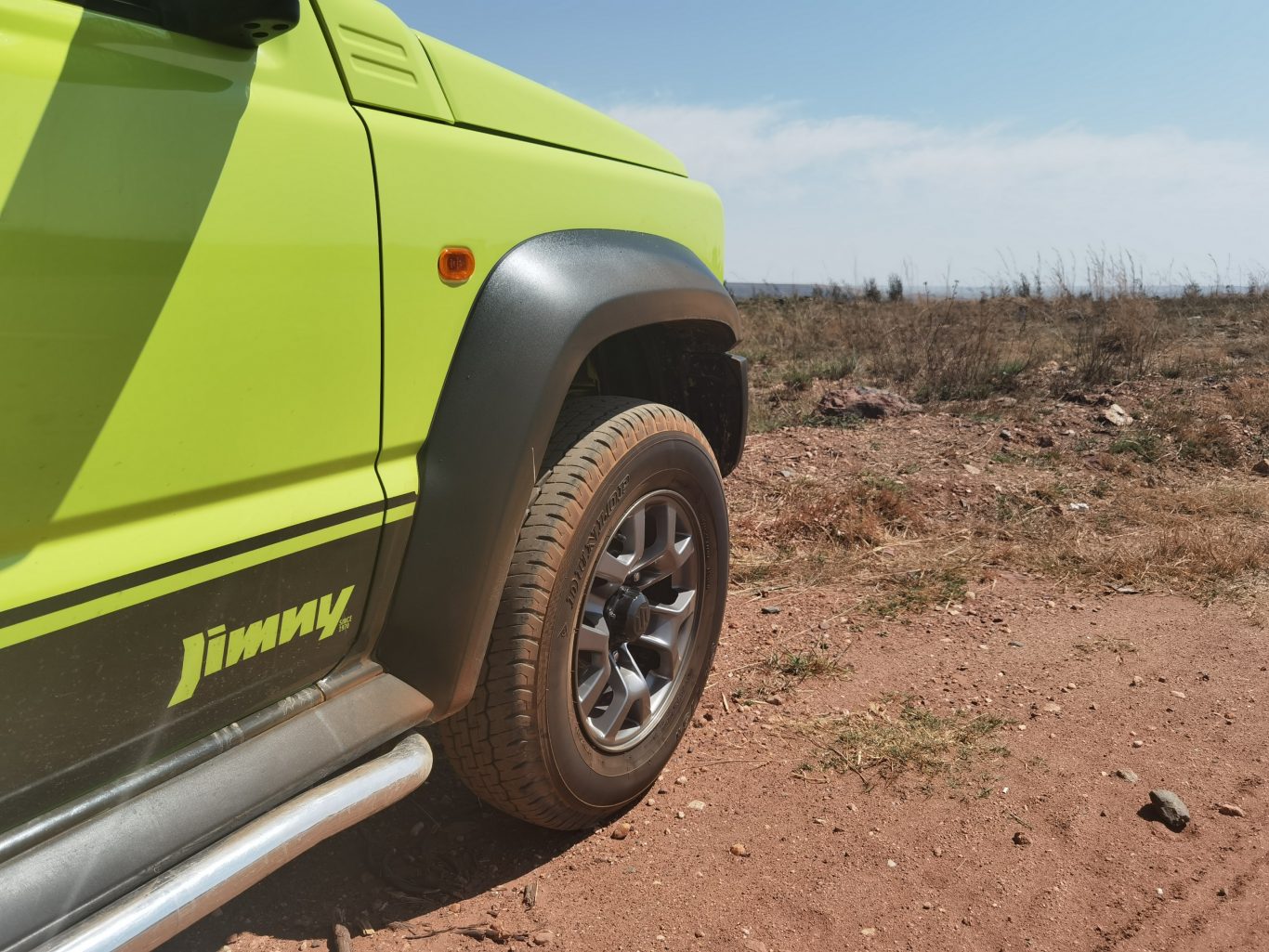 A drive into the country gave me the chance to take the Jimny off-road and what a great time I had. It was a lot of fun climbing and ascending nose first, racing down dirt roads and taking a few roads less travelled. We had no problem with its ability here at all, although I can imagine that power might be a bit of a concern to some of the more die-hard 4×4 enthusiasts.

Would I buy it?

Although I imagine the Jimny is meant to be a workhorse, out on the farm or in the bush, for people who need nifty, nimble, light and quick, I must say it’s also a great run-around in the city kind of car too. I had a great time driving it around and was greatly entertained by people’s reactions.

If you want a 4×4 you’re looking at buying an expensive vehicle with huge running costs. With the Jimny you can get a car that you can use on a day to day basis that can do most of the things a big 4×4 can do.

I wouldn’t recommend it to soccer moms (or dads) who have to ferry around loads of kids and their friends – there’s no space for that. But for a couple who’d like to escape and explore the South African countryside every now and then, this is a car to consider.

Check out the specs here.

When it came to experiencing the old-shaped Jimny, I was intrigued. A trip with some friends out near Sabi, had one of them demonstrating (showing off) her Jimny’s off-road capabilities. She’s also told me in great detail about a trip to Mozambique where larger 4x4s got stuck in the sand on the beach while the tide was coming in. This friend and her trusty steed were the ones that came to the rescue and helped pull them out of what could have been a very serious situation. This also wasn’t the first time I’d heard a story along these lines. 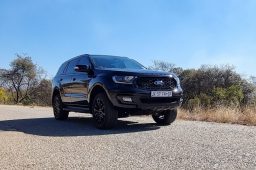 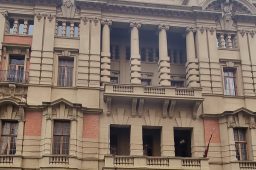 Ranger XL Sport takes us out on the town 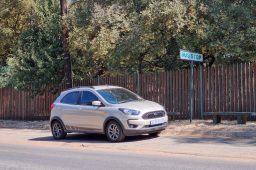 Ford Figo Freestyle Trend – buckle up with the CUV