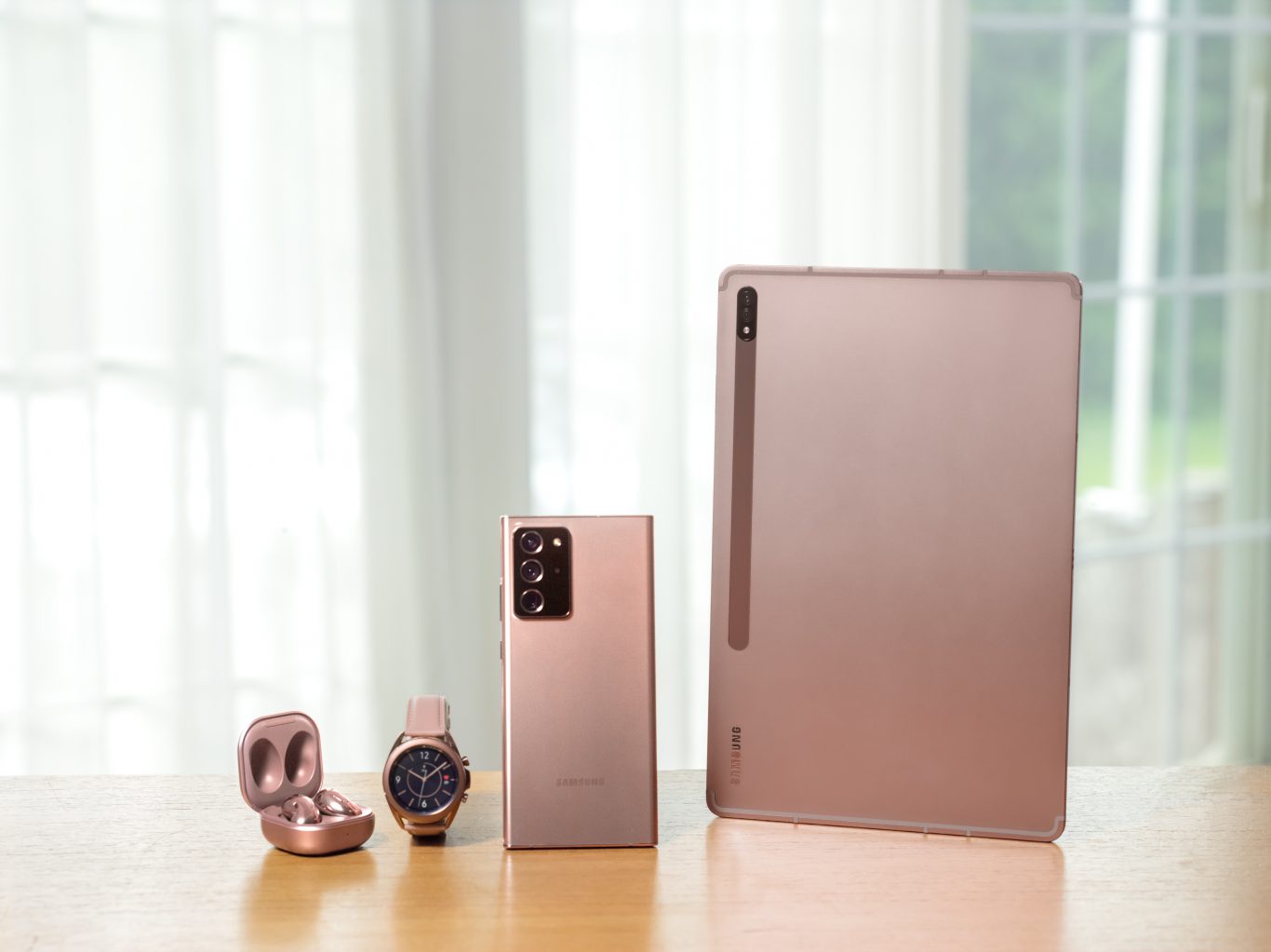 Samsung has officially launched the Galaxy Note 20. In addition to this, they’ve also launched the new Galaxy Fold 2 and a number of other devices too but I’m here to chat Note.

So yes, Covid the world doing things a little differently in 2020 and it was no different for this Samsung launch. This year there was nothing too extravagant and no rubbing shoulders with South African celebs, but there was a quick social distancing compliant hands on experience for the media.

In 2020 living rooms have become classrooms and offices. It’s undeniable evidence that the world has changed. Obviously we can expect some adjustments or should I say advancements in the telecoms and smartphone markets too. The one notable change: that the demand for video conferencing apps like zoom and Microsoft Teams has grown.

Even before the threat of COVID-19, the growth and adoption in education technology (edtech) was high, with global edtech investments reaching US$18.66 billion in 2019. The overall market for online education was projected to reach $350 billion by 2025.

Whether it’s language apps, virtual tutoring, video conferencing tools, or online learning software, there has undoubtedly been a significant surge in usage since COVID-19.

With everyone housebound, video streaming services like Netflix also experienced a jump in subscribers. Yup, Netflix confirmed it had 182.9 million paid subscribers globally as of the end of Q1 this year.

According to Justin Hume, Director: Product & Marketing – ‎Samsung Electronics, the smartphone overtook the computer and tablet markets as the primary means for going online back in 2017. So, now more than ever, consumers are needing devices capable of powering all aspects of their daily lives: “They really need to switch between work and play.”

So here’s what I’ve got for you.

Among their many announcements yesterday, Samsung “hazed” us with the new models in the Galaxy Note range.

As you might’ve noticed, the phones have also been released in a host of new colours that Samsung has dubbed the “haze effect”, which according to them is completely “on trend”.

First off, it has the largest ever screen to body ratio. 91.6% of the phone’s face is dedicated to screen imagery and the S Pen, with a latency of nine milliseconds, is now four times faster than it was on the Note 10.

It also has five new ‘anywhere’ actions so, with a flick of the wrist for instance you could return to your home screen. It’s all about touchless navigation.

We need tools designed to let us work anytime, on any device and to help capture, edit and share ideas across the phone, tablet or Windows 10 PC. Samsung Notes App features auto-save and syncing capabilities. You’ll be able to move from one device to another and not lose any work.

Thanks to a partnership between Samsung and Microsoft, you’re able to sync instantly between phone and laptop or tablet in that regard. Which means what you start on your phone you can now finish off on your PC and once you’re there, you can drag and drop files seamlessly.

Scribbles are transformed into something a bit more legible with the Notes App. You’ll also be able to record audio as you jot down notes, then just tap a word in your notes to go to that moment in the recording.

In terms of the cameras, there are two offerings for the two devices. The Note 20 has a triple-lens setup and the Note 20 Ultra has a quad-lens configuration. The front-facing camera has a 10MP lens for great selfies.

Samsung is also bringing its Microsoft partnership to the entertainment side of the Galaxy Note20 series, taking mobile play to the next level.