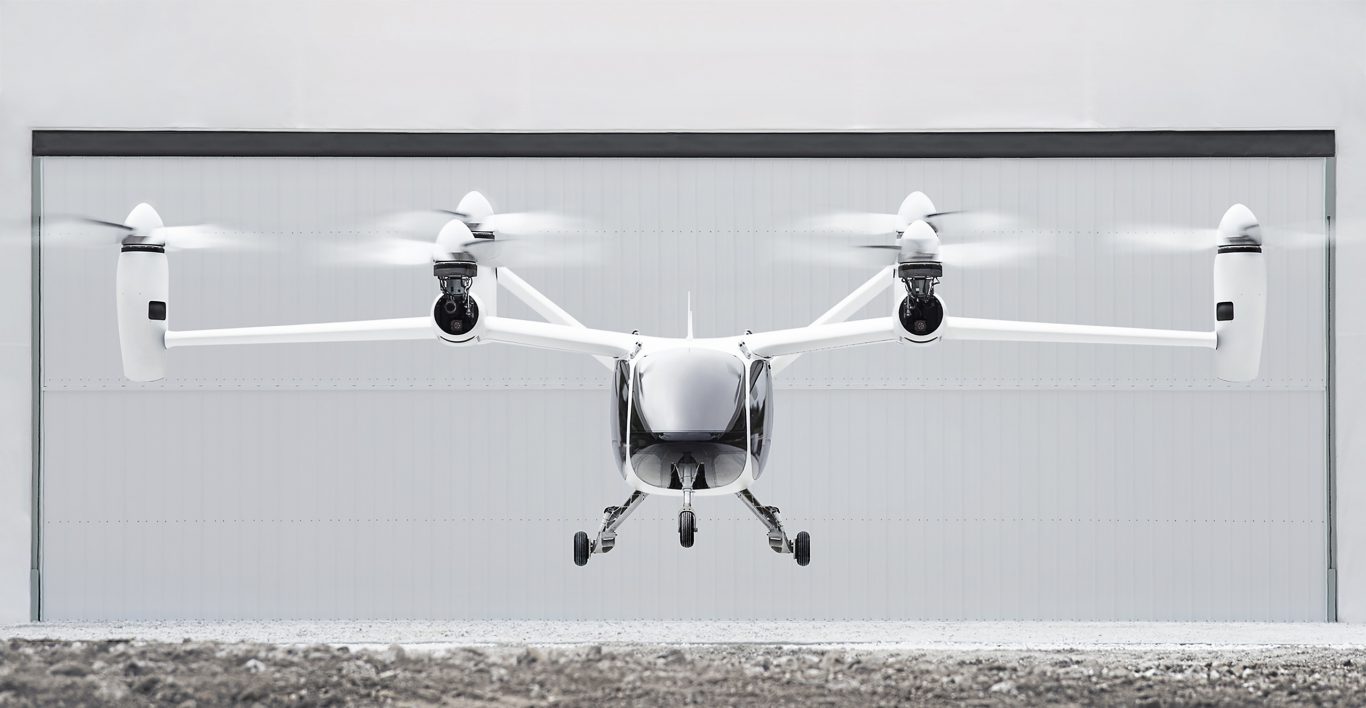 Toyota Motor Co. is making a $394 million investment in Joby Aviation, one of the handful of companies with the seemingly implausible goal of making electric air taxis that shuttle people over gridlocked highways and city streets.

The deal, for now, makes the Santa Cruz, California-based Joby the best-funded “eVTOL” (electric vertical take-off and landing) startup in a booming category that must overcome significant regulatory hurdles and concerns about passenger safety and noise, bringing the total money it has raised to $720 million.

“Air transportation has been a long-term goal for Toyota, and while we continue our work in the automobile business, this agreement sets our sights to the sky,” said Toyota President and Chief Executive Officer Akio Toyoda. “As we take up the challenge of air transportation together with Joby, an innovator in the emerging eVTOL space, we tap the potential to revolutionize future transportation and life.”

Over the past year, the 82-year Japanese automaker has deepened its interests in futuristic transportation technologies. Last year it backed Recogni Inc., a Silicon Valley maker of autonomous vehicle systems, and May Mobility, an Ann Arbor, Michigan-based operator of self-driving shuttle buses.

At CES earlier this month, Toyota announced its intention to build a 175-acre community, or  “Woven City”, at the base of Mount Fuji to serve as a showcase for self-driving cars and other innovations in transportation.

Joby is an emerging player in a field of air-taxi companies that includes Airbus SE; South Korean automaker Hyundai, which recently announced plans to design and produce an air taxi with Uber Technologies Inc.; and Kitty Hawk, the brainchild of Alphabet co-founder Larry Page, which is developing an air taxi in conjunction with Boeing Co. Volocopter, a startup in Germany, is backed by Zhejiang Geely Holding Group Co., the biggest investor in Mercedes-Benz maker Daimler AG and owner of Swedish manufacturer Volvo and British automaker Lotus.

In addition to announcing the funding, Joby released an image of its prototype aircraft. The vehicle, which looks like an oversized toy drone, sports six electric propellers and is capable of flying 150 miles on a single charge, at speeds of up to 200 miles per hour, the company said.

It’s designed to carry four passengers and a pilot, an approach that differs from that of rivals such as Kitty Hawk, whose two-seat “Cora” vehicle is intended to fly autonomously, without an onboard pilot.

Joby says it will manufacture prototypes at a facility in Marina, California, near Monterey, but plans to tap Toyota’s famous manufacturing prowess to build “highly reliable complex hardware at increased scale,” said Paul Sciarra, Joby’s executive chairman and a co-founder of Pinterest.

In December, Joby and Uber announced a separate partnership to jointly introduce Joby air taxis in at least two cities, with customers booking and paying for flights via the Uber app.

The most pressing challenge for Joby, which now has around 400 employees, is obtaining certification from the Federal Aviation Authority and other regulatory agencies around the world. Joby says this is a three- to five-year process that it formally began in 2018.

Over the past few years, both the FAA and the European Union Aviation Safety Agency (EASA) have moved to support commercial development of air taxis and released special guidelines to regulate small aircraft, with rules that differ from those governing conventional helicopters and fixed-wing airplanes.

Much work remains, said Robin Lineberger, head of the Aerospace & Defense practice at Deloitte, including creating a system to manage municipal airspace in both normal and poor weather conditions and building physical infrastructure such as mini-airports that can support frequent takeoffs, landings and aircraft recharging.

“The 2023 to 2025 time frame is fairly straightforward” for small demonstrations, Lineberger said. But he looks to 2035 “as a practical date for having a ubiquitous operational fleet in the thousands—not the hundreds—with a well-established framework for regulatory approval.”

Sciarra and Joeben Bevirt, Joby’s founder and CEO, say they’ve spent significant time with Toyoda in Toyota City, Japan, as well as with other Toyota executives at Joby’s headquarters on a windy, 500-acre ranch in the hills north of Santa Cruz. They would not say whether they offered them a ride on the prototype aircraft, but Bevirt said: “They’re a loyal and tenacious company and this has been a dream of the Toyoda family for a very long time.”

From air taxis to ride sharing, check it out here.