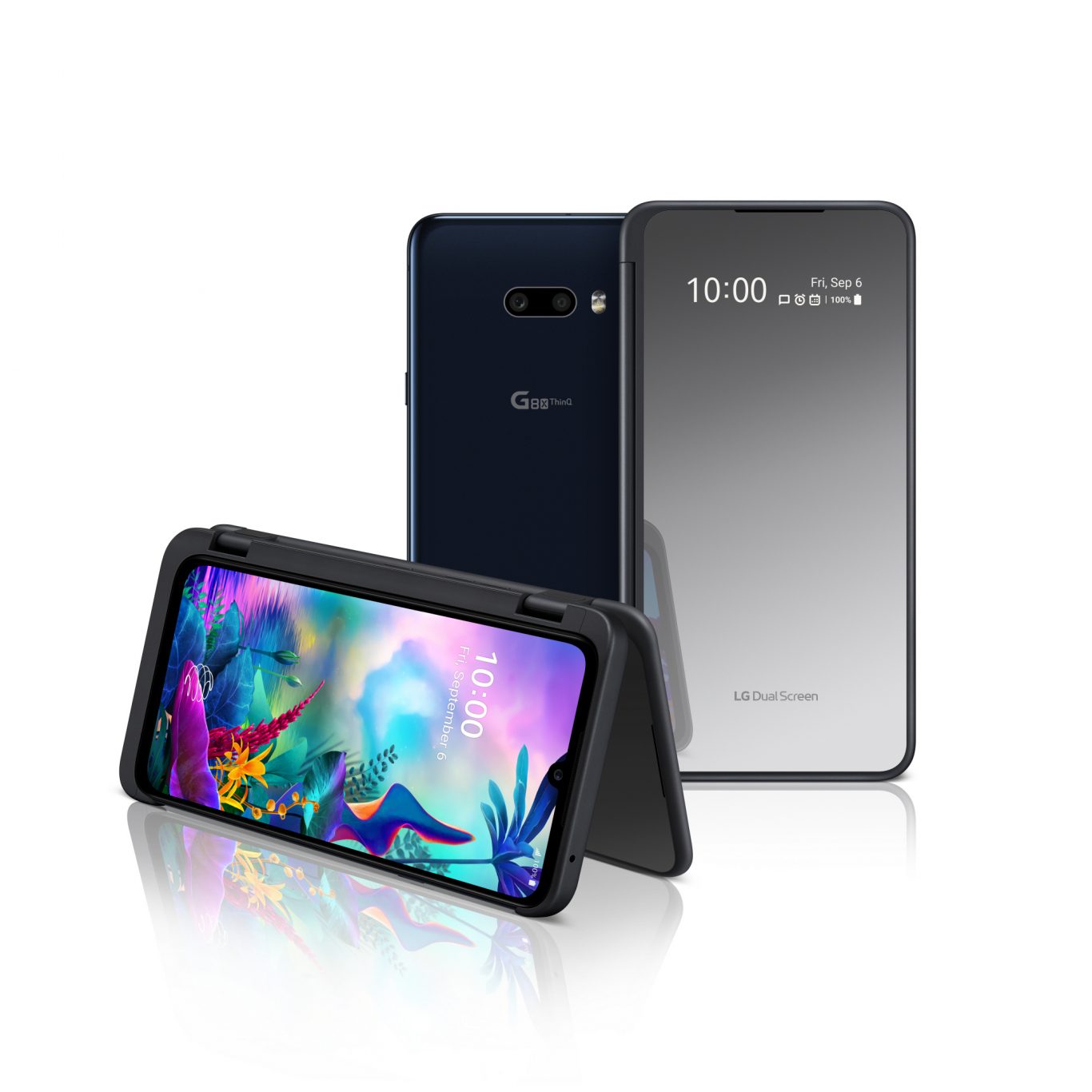 My friends at LG Electronics (LG) South Africa just sent me this and I couldn’t wait to share it with you. LG  has announced the launch of its LG G8XThinQ in November. This is the  newest addition to the G series smartphones and it comes with a more advanced LG Dual Screen.

According to LG both the G8XThinQ and LG Dual Screen are intended to create an entirely new way to multitask, enjoy content and socialise. The dual screen enables users to run both their professional and social lives by managing two different applications simultaneously!

The LG Gamepad option provides a customisable game controller on the second screen to take your gaming to the next level.

LG first introduced the Dual Screen earlier this year in other regions with the V50, LG’s first 5G phone, and established an innovative form factor and a new level of on-the-go multitasking excellence. For the new version, LG applied consumer feedback and implemented a number of improvements including an additional 2.1-inch Cover Display. This handy extra display lets users check basic information like time, date, charge and notifications without opening the Dual Screen. What’s more, while the first Dual Screen offered viewing from two different angles, the new Dual Screen adopts a new 360 Freestop Hinge to allow for viewing at any angle, just like a laptop.

LG’s newest G series smartphone shares the identical 6.4-inch display of LG Dual Screen for double the productivity and fun. An in-display fingerprint sensor makes locking and unlocking the LG G8XThinQ easier than ever, even with the Dual Screen folded back. While automatic adjustment of a smartphone display’s brightness using sensors is nothing new, in the G8XThinQ, an ambient light sensor also adjusts the contrast to maximise image details and reduce eye strain. The phone’s front-facing camera sits within an unobtrusive Waterdrop lens cutout, letting users appreciate the 6.4-inch FullVision display to the maximum.

The camera, according to LG, is a shutterbug’s dream come true, sporting a 32MP front shooter with a 1.6ฅ์m sensor that rivals the impressive cameras on the back for stellar shots whichever way the phone is facing.

Also, for the perfect selfie, Reflector Mode ensures clearer, sharper portraits even in dark environments letting users adjust the lighting colour to match their mood or preference. AI Action Shot in the new LG G8XThinQ recognises and compensates for movement with a shutter speed of 1/480 of a second to keep subjects fully in focus; ideal for taking memorable shots of kids or pets playing. 4K Time Lapse lets users create artistic time lapse videos in stunning 4K resolution while LG Steady Cam provides enhanced image stability for footage that looks more polished and professional. Available for the first time, switching between front and rear cameras while recording video has become a new possibility.

A proven leader in smartphone audio, LG doesn’t disappoint with its two 1.2W speakers which deliver bold, perfectly balanced stereo sound while the 32-bit Hi-Fi Quad DAC tuned by Meridian Audio continues to make LG the benchmark for exceptional smartphone sound. On the recording end, the LG G8XThinQ features a microphone which is automatically turned up when capturing video to ensure that sounds are recorded in vivid detail for the most captivating, ASMR recordings.

The LG G8XThinQ shares much of the DNA of previous LG phones while forging its own identity. Connecting the phone to the Dual Screen is now achieved via USB instead of Pogo Pins for a sleeker, cleaner looking phone when used without the case. LG G8XThinQ features an improved user interface with a cleaner design, refreshed icons and tabs such as Dial, Call logs, and Contacts moving to the bottom of the display so that users can get even more done with only one hand.

“LG Dual Screen is now a proven form factor, highly regarded for its practicality and the world of multitasking possibilities it opens up,” says Brian Kwon, president of LG’s Mobile Communications and Home Entertainment companies. “We’ll continue to expand the LG Dual Screen ecosystem through strategic partnerships and upgrade our innovation in meaningful ways to bring consumers a differentiated user experience.”

LG G8XThinQ and upgraded LG Dual Screen will be available in Aurora Black in South Africa from November and will be carried by Vodacom, MTN and Cell C.