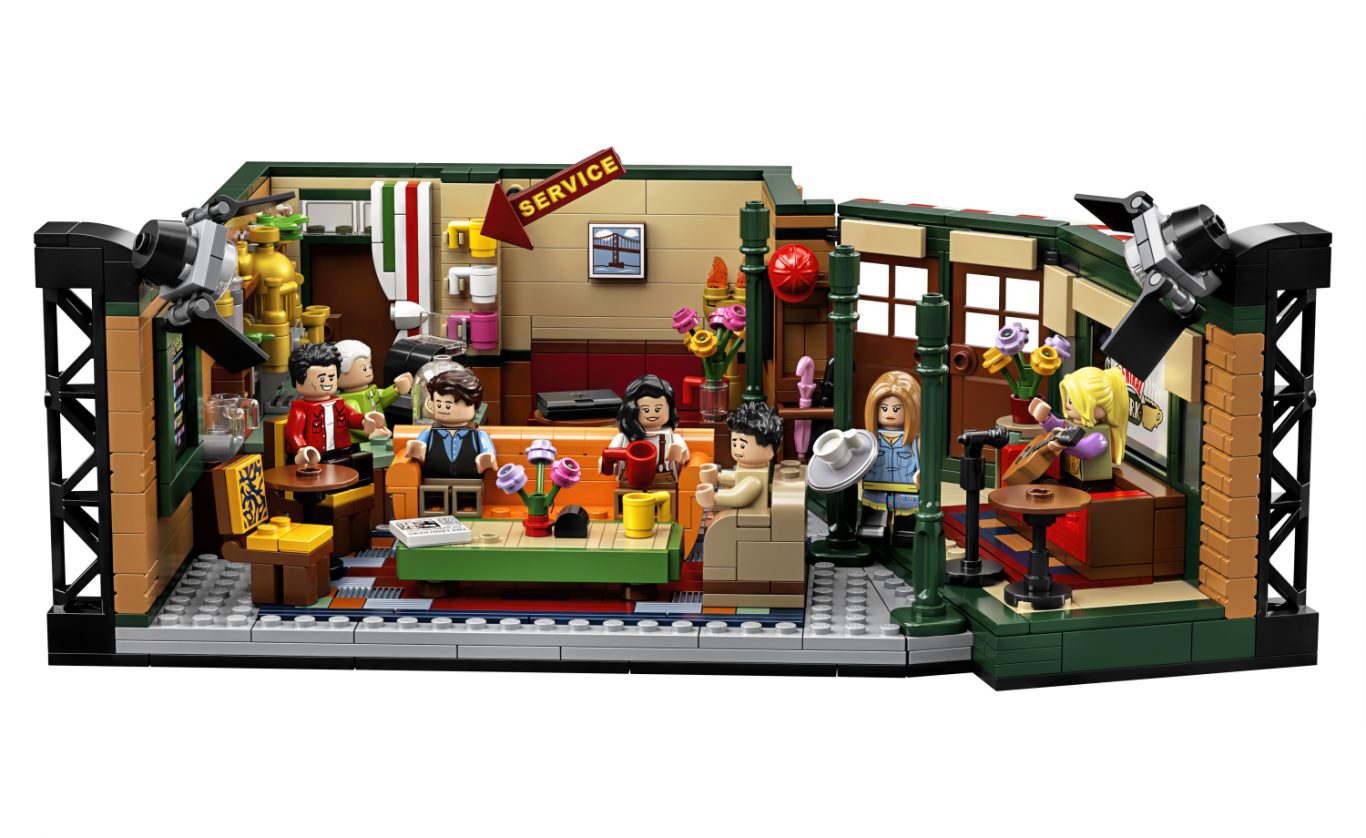 For the Lego fans who may feel their building is always stuck in second gear… Lego have launched the new 21319 Lego Ideas Central Perk set.

This highly collectable set is a faithful recreation of Central Perk, packed with authentic details that make it a must-have item to celebrate the 25th anniversary of the series in 2019.

Builders can also recreate the stage where Phoebe Buffay performed her songs on guitar and Ross Geller once played his keyboard, along with a brick-built coffee machine, cookie jar with two cookie elements, menu board element and other authentic items.

The set also includes three pillar elements in an all-new shade of green created for the set, and a window with the Central Perk logo. It even features two brick-built TV studio light rigs with translucent light-style elements.

The LEGO Ideas Fan Designer for Central Perk was Aymeric Fievet from Normandy, France, who is passionate about TV series, movies and cartoons as well as LEGO products.

“The challenge was to visualize passages of the series to allow me to recreate the furniture and the characters in as much detail as possible.” said Fievet.”The assembly of this model took me about a week after finding the necessary references. During the voting period, the set was changed several times!”

Lego Ideas offers fans the opportunity to submit their own brick creations with the chance to have their concept brought to life with the help of Lego master designers and a share of the profits.

The LEGO Ideas Central Perk is available exclusively from the Lego stores in Sandton City and Menlyn Park, or from www.greatyellowbrick.co.za from 1 September 2019 and will set you back R1,249.99.

Did you know… fans can submit their own LEGO set ideas at ideas.LEGO.com or order a version of yourself, check out the story here.