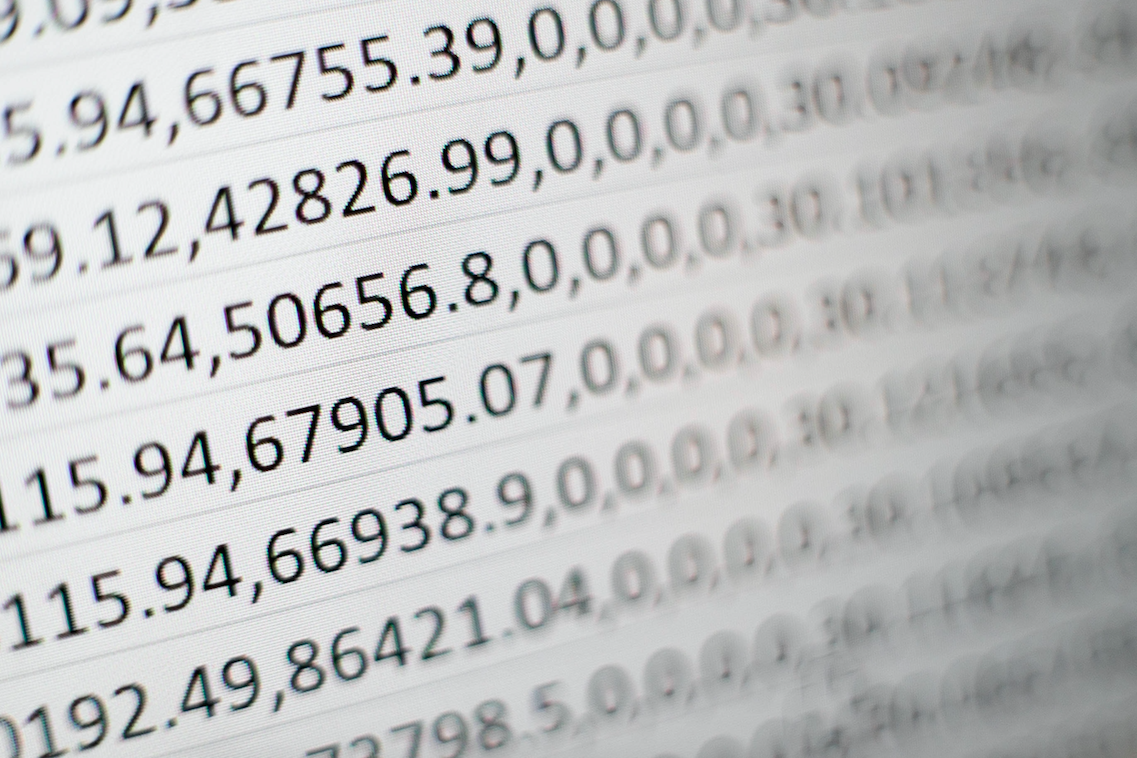 “Having built the original version of Amazon EC2 in our Cape Town development center 14 years ago, and with thousands of African companies using AWS for years, we’ve been able to witness first-hand the technical talent and potential in Africa,” said Andy Jassy, CEO, Amazon Web Services, Inc. “Technology has the opportunity to transform lives and economies across Africa and we’re excited about AWS and the Cloud being a meaningful part of that transformation.”

The new region is the latest in a series of AWS investments in South Africa. In 2004, Amazon opened a development center in Cape Town that focuses on building pioneering networking technologies, next generation software for customer support, and the technology behind Amazon EC2.

AWS has also built a number of local teams including account managers, customer services representatives, partner managers, solutions architects, and more to help customers of all sizes as they move to the cloud.

In 2015, AWS opened an office in Johannesburg, and in 2017 brought the Amazon Global Network to Africa through AWS Direct Connect. In May of 2018, AWS continued its investment in South Africa, launching infrastructure points of presence in Cape Town and Johannesburg, bringing Amazon CloudFront, Amazon Route 53, AWS Shield, and AWS WAF to the continent and adding to the 138 points of presence AWS has around the world.

The addition of the AWS Africa (Cape Town) Region will enable organisations to provide lower latency to end users across Sub-Saharan Africa and will enable more African organisations to leverage advanced technologies such as Artificial Intelligence (AI), Machine Learning (ML), Internet of Things (IoT), mobile services, and more to drive innovation. Local AWS customers will also be able to store their data in South Africa with the assurance that their content will not move without consent, while those looking to comply with the upcoming Protection of Personal Information Act (POPI) will have access to secure infrastructure that meets the most rigorous international compliance standards.

Organisations across the African continent have been increasingly moving their applications to AWS. Enterprises such as Absa, Investec, MedScheme, MiX Telematics, Old Mutual, Pick n Pay, Standard Bank, Travelstart, and many more are using AWS to drive cost savings, accelerate innovation, and speed up time-to-market.

African startups choosing AWS as the foundation for their businesses include Aerobotics, Apex Innovation, Asoriba, BusinessOptics, ColonyHQ, Custos Media, DPO PayGate, EMS Invirotel, Entersekt, graylink, HealthQ, JourneyApps, JUMO, Luno, Mukuru, NicheStreem, Parcelninja, Simfy Africa, Zanibal, Zapper, and Zoona. The African Public Sector, including researchers, museums, and health sciences organisations, are also choosing AWS. For example, The National Museums of Kenya (NMK), is using AWS to digitise their most precious and valuable artifacts, which make up one of the largest collections of archaeology and paleontology in the world.

Absa, one of the largest and most innovative banks in Africa, welcomes the news of an AWS Region. “AWS has been Absa’s primary cloud provider for the past three years. The reduction in latencies that will accompany their expansion to South Africa will further enable us to scale our cloud consumption,” said Andy Baker, CIO at Absa. “We no longer deploy bespoke hardware, SAN storage, or high-cost proprietary database solutions. Instead, our new tech stack utilizes low cost, fully automated, logically partitioned, open source software, with real-time security and application monitoring. AWS’s track record of delivering enterprise ready and South African regulator-approved services to Absa has given us confidence to deploy services aimed at further reducing our operational costs and improving our cyber risk profile.”

Another well-known South African enterprise using AWS for their mission critical workloads is MiX Telematics, a global provider of fleet management, driver safety, and vehicle tracking services and solutions. “We started working with AWS in 2015 and decided to go ‘all-in,’ including migrating our full fleet and mobile asset management stack to AWS and shutting down our on-premises data centers over a period of 18 months,” said Catherine Lewis, Executive VP (Technology) at MiX Telematics. “Through moving to AWS, we have been able to speed up innovation and increase system reliability, while reducing the time to get new ideas into production from months to minutes.

“While we already use AWS globally in Ireland, Australia, and the US, an AWS infrastructure region in Africa will accelerate our innovation even further, improve our service, and ultimately reduce the costs of supporting our base of over 700 000 vehicles. We are also in the process of migrating over 7 000 costly Microsoft SQL Server databases to Amazon Aurora and Amazon RDS PostgreSQL, and adopting new technologies, such as AWS’s Artificial Intelligence and Machine Learning services, to help more intelligently manage vehicle efficiency, improve driver safety, and ultimately enable us to drive greater value for our customers.”

Pick n Pay is one of the largest retailers in Africa, with over 80 000 staff across 1 560 stores, and is moving their eCommerce and data analytics systems to AWS. “By moving our eCommerce and mobile customer application to AWS, from our previous managed services model, we estimate we have saved significantly on our total cost of ownership over the past year,” said Chris Shortt, General Manager of Information Services, Pick n Pay. “The relationship, performance, reliability, and cost savings has been positive and has led us to move our SAP Business Warehouse systems to certified AWS X1 instances. Selecting AWS highlights the differentiated, cloud-first thinking they bring to us as opposed to more traditional, and less agile, service providers. The scale, security, speed, and customer focused nature of AWS is something we’ve become accustomed to and look forward to expanding our use of their services as the South African Region becomes a reality.” 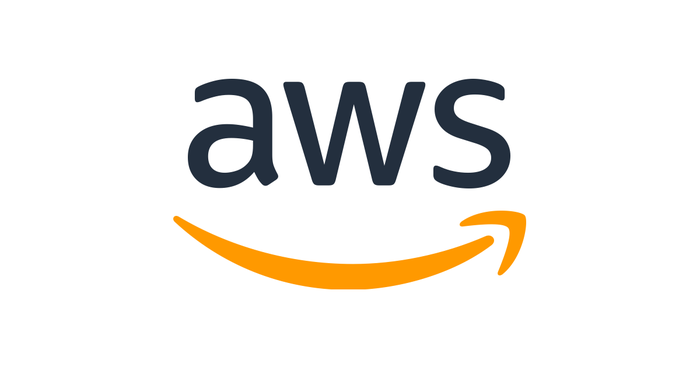 In the startup space, Entersekt, an authentication and mobile application security company, is leveraging the scalability of AWS to support world-renowned financial services organizations including Absa, Capitec Bank, Nedbank, Swisscard, and more. The company is using AWS to send fully encrypted data from their banking customer’s on-premises environments to the cloud. This high level of security helps Entersekt’s customers across 45 countries to secure over 150 million transactions per month, drastically reducing online and mobile banking and payment fraud rates.

“As a South African headquartered company and long-term customer, we are proud to be among the first to welcome the news of an AWS Region,” said Schalk Nolte, CEO of Entersekt. “Our customers are large financial institutions for whom even minutes of downtime are unacceptable. They experience significant spikes in transaction volumes during the course of a month and AWS provides the elasticity and availability they demand, without having to build, operate, and protect a system of this kind themselves. AWS has ensured extremely high service levels even as transactions continue to double every six months. An AWS infrastructure region in South Africa is great news as it will give us the opportunity to continue this rapid growth and offer South African financial institutes localised data control and protection with increased system performance and reduced latency.”

Another startup using AWS to speed up their work is South African-based Hyrax Biosciences. Originating from the South African National Bioinformatics Institute at the University of the Western Cape, Hyrax Biosciences has developed a technology on AWS called Exatype that rapidly and accurately tests HIV and tuberculosis drug resistance. “When we were developing Exatype, we naturally turned to AWS because it allows us to provide patients with secure, timely, and reliable results. We knew that with the ability to quickly scale up our technology on AWS, our solution had the potential to influence the lives of millions of people,” said Professor Simon Travers, Co-Founder and CEO of Hyrax Biosciences.

“Currently 10 percent of patients on HIV antiretroviral treatment do not respond to the drugs provided to them because of drug resistance. The Exatype system solves this problem by showing clinicians which drugs would be most effective for each individual patient in order to increase their response and improve treatment. Traditionally, it can cost as much as $300 to $500 to do a single resistance test. Now, thanks to AWS, Exatype can do this at a fraction of the cost. HIV still affects millions of people, so knowing an AWS Region is coming to South Africa is great news as it will help us to speed up research and take us a step nearer to ensuring all HIV positive people get the standard of care they need.”

As well as supporting existing customers, AWS is also investing in the future of the South African technology community, taking part in a number of philanthropic and charity activities. Amazon supports organisations such as AfricaTeenGeeks, an NGO that teaches children to code, Code4CT, a charity set up to inspire and empower young girls by equipping them with technical skills, DjangoGirls, which introduces women to coding, and GirlCode, which supports the empowerment of women through technology. Amazon engineers work with these and other charities to provide coaching, mentoring, and AWS credits. Amazon also supports Africa-focused non-profit organisation World Reader by donating cloud technology and Kindle devices, filled with e-books, to tackle illiteracy in Sub-Saharan Africa. As a result of the support from Amazon, World Reader has deployed over 27,000 Kindles to 396 schools and 109 libraries across 16 African countries.

In the education space, AWS supports the Explore Data Science Academy to educate students on data analytics skills in order to produce the next generation of data scientists in Africa. AWS is also working with education institutions in South Africa, such as the University of Cape Town and Stellenbosch University, to help train the next generation of cloud professionals through AWS Educate. Another program for higher education institutes is AWS Academy, which provides AWS-authorized courses for students to acquire in-demand cloud computing skills. The program has already attracted the country’s major academic institutions, including the University of Cape Town, University of Johannesburg, and Durban University of Technology.

To help grow the next generation of African businesses, AWS works with the venture capital community as well as accelerators and incubators in South Africa to provide resources to startups through programs such as AWS Activate. In Cape Town, AWS works with organisations such as 4Di Capital, AngelHub Ventures, Crossfin, Knife Capital, LaunchLab, MTN Solution Space, Mzansi Commons, and Silicon Cape as well as co-working hubs, such as Workshop17, to provide coaching and mentorship as well as technical support and resources to help African startups launch their businesses and go global.

To sign up for an AWS account to prepare for the arrival of the AWS Africa (Cape Town) Region, visit aws.amazon.com

For more information on AWS’s global infrastructure, go to: https://aws.amazon.com/about-aws/global-infrastructure/.