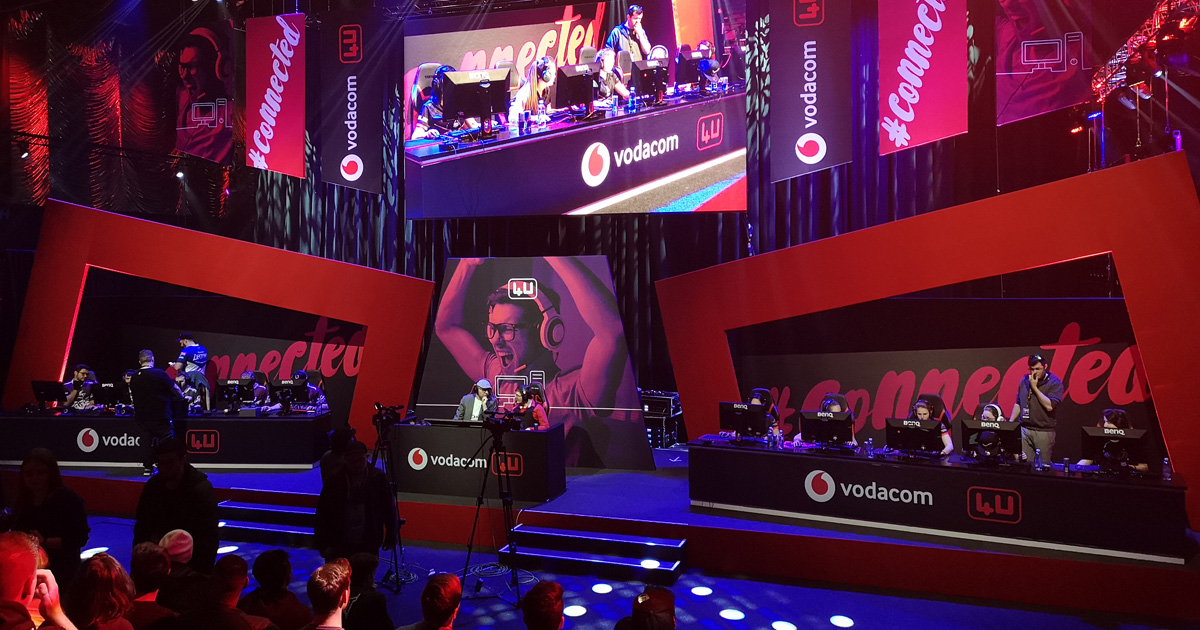 Welcome to the era of the “digital jock”

Always tarred with the same brush, gaming stereotypes typically depict the kid with glasses, bad skin, either console in hand or playing games on a PC, sitting in the darkness of his parents’ basement or garage.

But times they are a changing – it’s cool to be a geek, says Glenn Alexander, spokesperson of the Rush esports event and Xbox MVP. Describing the new gaming archetype as the “digital jock”, the evidence points to this gaming trend taking the country, even the world, by storm.

The jock was always known as the buff sport-confident stud at school, but now, the digital jock is taking centre stage. Getting on the top leaderboards for the most kills and with a reputation for a crazy amount of headshots, his appearance no longer matters. It’s all about what he is doing online.

Just Google the name “PewDiePie” and you’ll understand what I mean. PewDiePie is a Swedish YouTube personality whose channel is dedicated to videos of himself playing games and reacting as he plays. The numbers speak for themselves. He has 63 million subscribers. It’s no longer about bench presses or tries anymore, it’s about subscribers and views.

Internationally, this craze of watching people play games has been around for years, with people filling stadiums just to watch their favourite gaming personalities dominate in their favourite games live onstage, but South Africa has only just caught up with this esports explosion.

You may or may not have heard about rAge. It’s SA’s biggest annual video gaming, computer, and technology exhibition.

“NAG, [an online platform offering content in the gaming and tech sphere], saw the need to create a space dedicated to esports and LAN (Local-Area Network) tournaments,” explains Alexander. This is how Rush came about.

Its second year running, Rush was held at Times Square in Pretoria this year and it complemented the event’s esports focus perfectly. The venue resembled an amphitheatre shape, with colossal screens placed back to back in the centre of the room for spectators’ uninterrupted viewing pleasure. Nine tournaments were played over the weekend, Friday 29 June – Sunday 1 July, and a variety of gaming titles were featured including: Counter-Strike: Global Offensive (CSGO), FIFA 18, Fortnite, Vainglory, and Hearthstone.

The nature of a LAN tournament is that players are directly connected to each other so there is no lag in the gaming feed – it’s all real time. The Rush LAN tournaments entices players of every demographic, as the games all have different skillsets and genres.

FIFA is SA’s most popular football game and CSGO is the most watched esport first person shooter game, says Alexander. Fortnite has been in the headlines due to its “addictive” qualities and its functionality across multiple platforms. Then, there’s Hearthstone, a turn-based strategy card game, which tests players in terms of their logic – similar to chess. Rush provides all these gamers with a social environment in which to connect and see what’s happening in the gaming industry.

“Competitive players want the bragging rights,” explains Alexander. “Most of our gamers have full-time jobs but would like to make it big. Rush provides a springboard – the opportunity to be seen as a professional and move to bigger things in the pro-gaming world.

“Rush is the place – on the Internet, streamed live to the rest of the world. If the players make a good place, and the team does well, the UK and scouts may be watching. The LAN is make or break.”

It’s no secret that SA’s infrastructure isn’t up there with the likes of America and Asia. Until recently, SA was struggling with low Internet speeds and bandwidth issues. Luckily, with the introduction of fibre, our connectivity is catching up and gamers can now make use of platforms like Twitch, which allows them to broadcast their gaming live.

With SA’s infrastructure on the up and up, gamers have started capitalising on the new developments by creating their own personality-injected brands online. They’re engaging with viewers and gamers – making gaming more social and creating online gaming communities. The digital jock’s audience wants to see creative content creation, good footage, the best cameras, attractive overlays and how a person’s gaming skill is communicated through their broadcasts.

The Rush esports event is a brilliant example of how enthusiastic people are to actually observe competitive players on stage. Rush is a multi-tournament, multi-platform celebration of the very best that local esports has to offer. Most of the guys who come through to Rush are not competitive gamers, says Alexander. “It’s the casual guy, the person that dips his toes into games like FIFA and Fortnite. This guy comes to watch the pros, who are distinct athletes online. These professionals show off their talent by executing incredible headshots and skilled kills. Viewers go to Rush to see their favourite household names and see their gaming role models.”

In short, it’s not dissimilar to how people clamour to get autographs from their favourite sports stars. But instead of chasing after Bryan Habana, kids are shouting, “I want to game like Black Poison” or “I want to do what PewDiePie does!”

The concepts of jocks and the digital jock does allude to the idea that the gaming world is predominantly male. However, there have been strides in the right direction in terms of developing our gamer girls.

What’s happening with women and gaming?

Yes, girls game, or should I say, women game. At Rush this year, there were three all-female teams featured in the line-up. Gaming is an equaliser in the battle of the sexes, as esports are not based on things like strength and endurance… It’s only the skill on the keyboard that counts.

As true as this may be, women still face challenges while attempting to penetrate the gaming world. Girls get picked on, hit on and discriminated against, says Alexander.

Playing the devil’s advocate, Clare Matthes, Gadget Gal, added that men are like that with each other – constantly ripping each other off. You just have to look at the personalities of Sam Wright aka Tech Girl, Pippa Tshabalala and Arielle Pieterse to see that women are making headway in the gaming industry and making names for themselves.

Women and men don’t need to be separated in gaming like they are in physical sports. We do distinguish, says Alexander, but hopefully, not for too long. Respect needs to be earned and so gaming may be another industry, similar to the technology industry, where women will have to go over and above to prove themselves and gain that respect.