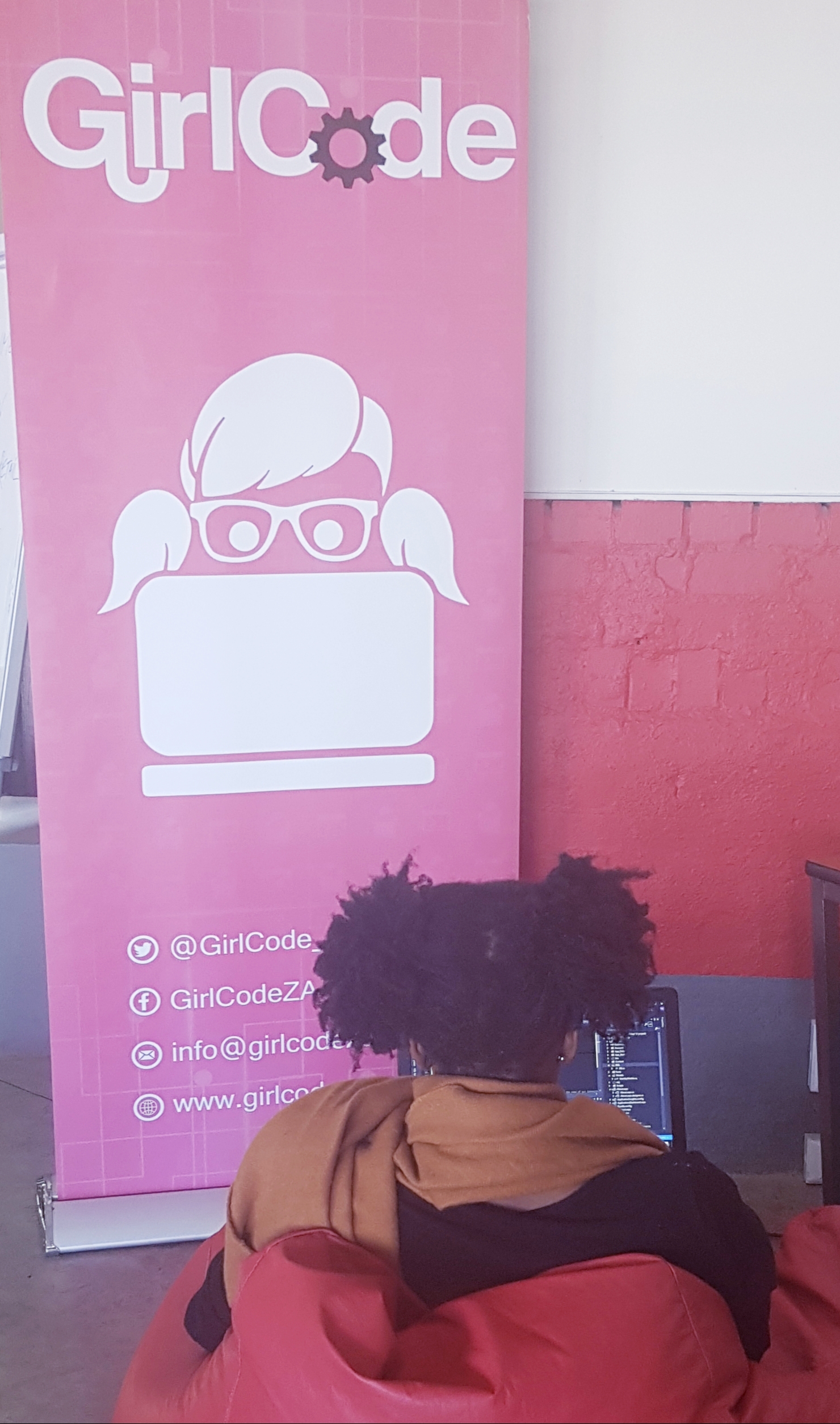 GirlCode, the social enterprise aimed at empowering young girls and women within technology, was started locally in 2014 by chairwoman, Zandile Keebine. Keebine had attended a hackathon specifically for women and here saw the importance of diversity in the industry.

“Female talent and inclusion in problem solving and developing real-world, relevant solutions is critical to finding solutions for everyone,” says Keebine.

“GirlCode has since grown from strength to strength.

“In the tech industry we don’t often see many women – in particular, black women in senior positions,” says Keebine. “Without female role models in these positions, young girls have no one to help them see that they can also pursue careers related to tech.” 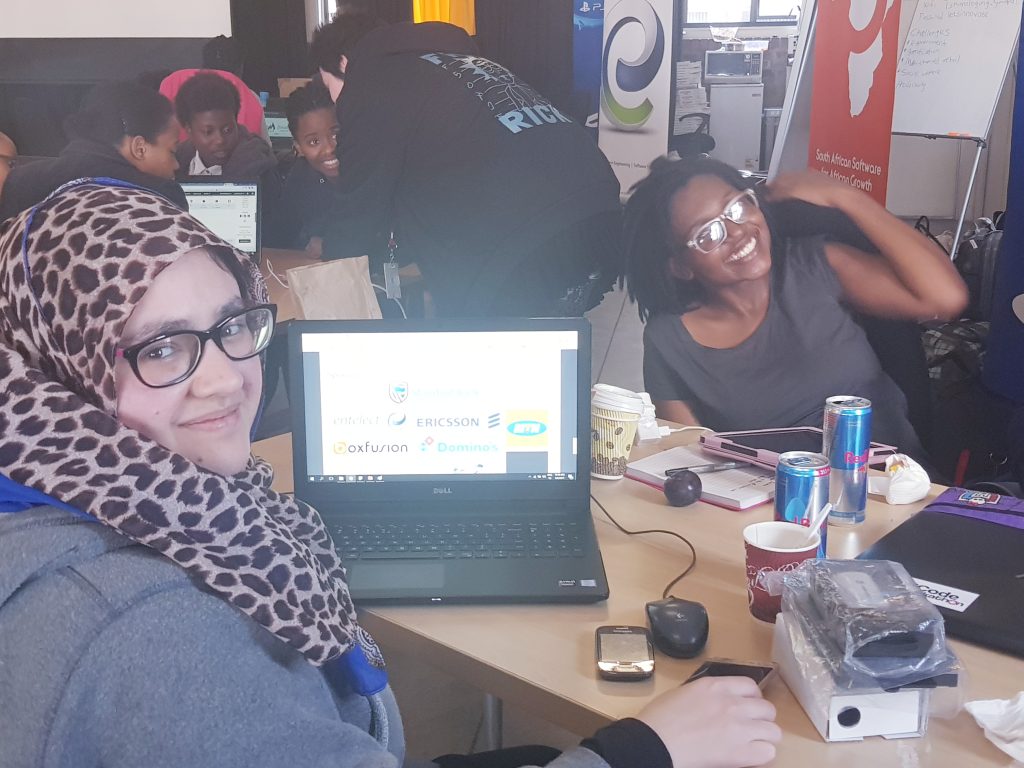 After attending various hackathons, Keebine spotted inconsistencies in the number of men vs the number of women who took part or even visited. “They were predominantly attended by men, so we decided to host a women-only hackathon,” says Keebine.

The objective was to rebalance the platform, and that offered more learning opportunities and the chance to flex some “tech muscle”.

Following the success of the first hackathon, the GirlCode hackathon became an annual event, attracting more and more women every year – some of whom had never even coded before in their lives.

“It was then that we realised that GirlCode can grow beyond just the hackathons into a platform that engages women in tech, facilitates their skill advancement in the industry and encourages others to join the tech revolution,” adds Keebine.

In 2017, GirlCode’s annual hackathon was recorded as the largest ever all-female hackathon in SA with over 100 women participating.

GirlCode has, as mentioned, experienced tremendous growth in the past few years – going from one annual hackathon to now providing seven programmes to reach young women and girls of all ages and skills levels. “We have also launched chapters in Cape Town and Durban,” adds Keebine.

“Within a short space of time, we expect to grow the organisation across all corners of the country and to reach young girls and women everywhere – not just in the major metropolitan areas.”

GirlCode has now collaborated with Amazon Web Services (AWS) to launch a nationwide competition which will allow 30 small, medium and micro-sized enterprises (SMMEs) to partake in the AWS CloudStart programme.

AWS CloudStart helps companies start on AWS by providing a set of resources that will allow them to quickly learn about the AWS Cloud, while maintaining the highest levels of security and privacy at a low cost to customers. AWS CloudStart will provide the following benefits to the competition winners:

Too many start-ups fail in South Africa because they don’t have the funding that helps them set up a successful business. 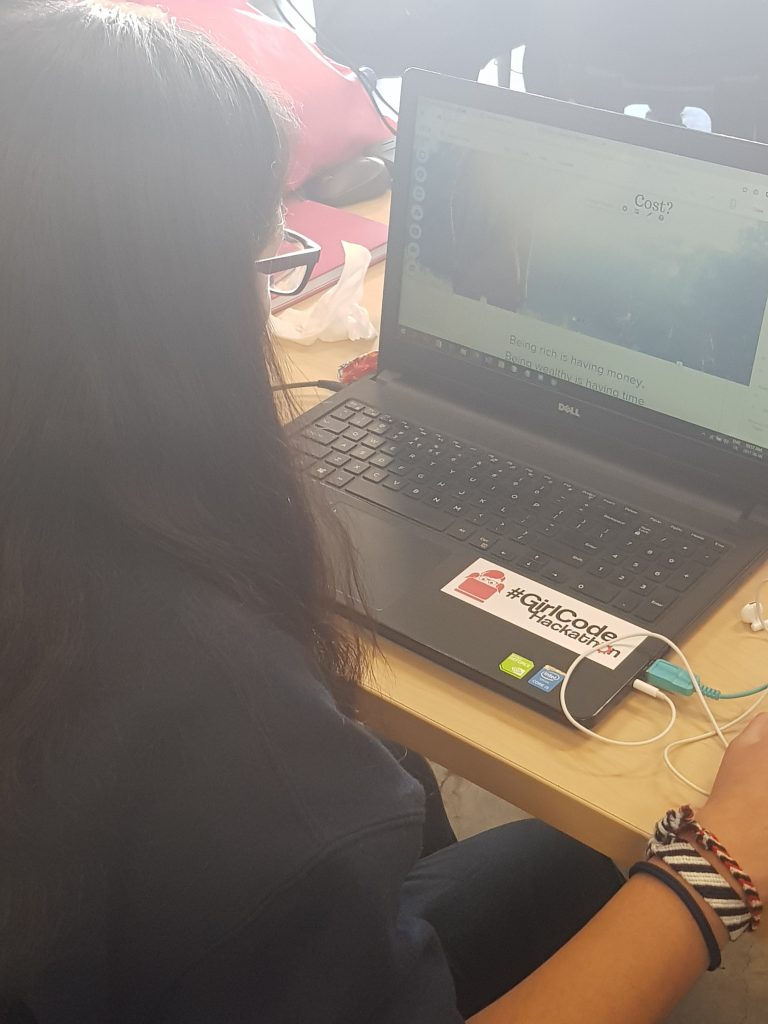 This competition is therefore the next step. Start-ups and SMMEs will have the chance to use AWS to scale and grow their business, drive cost savings, and introduce innovative applications. AWS credits awarded will be applied to help cover costs that are associated with eligible services. More importantly, SMMEs will have access to virtual training and AWS content online, providing invaluable skills on how to leverage the power of the cloud.

“With the right technology,” adds Keebine. “Our winners can experience a productive environment, where people enjoy improved quality of life and where businesses thrive. As small businesses leverage a broader portfolio of digital solutions, they can see an increase in agility, while simultaneously lowering costs and reducing time to innovation.”

The competition will initially run for six months and successful applicants will be selected based on certain criteria. As and when new SMMEs are awarded within this programme, announcements will be made and GirlCode along with AWS will help support the SMMEs adopt CloudStart for greatest effectiveness.

“Interested SMMEs will need to outline their business plan, why they need the credits and training, and commit to a monthly update with AWS to ensure they get optimum use from the platform,” explains Keebine.

Submissions have opened and selection will be an ongoing process until 30 SMMEs have been selected. The first selection review took place on 18 May 2018 already and winners will be announced on GirlCode’s Twitter and Facebook pages continually thereafter. Queries can be directed to Tapiwa Muza: (Tapiwam@girlcodeza.co.za).

In short, the aim of this partnership is to help give female owned tech businesses the tools they need to grow their businesses and empower them further. 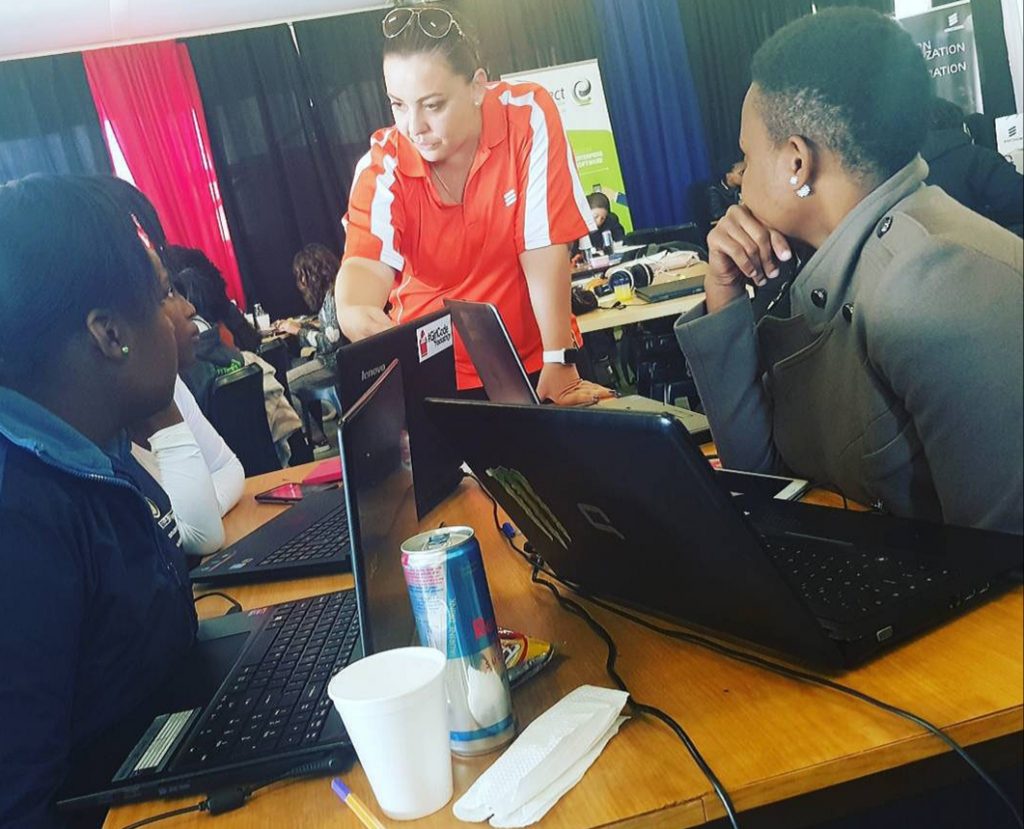 As an NPO, GirlCode requires private and public sector support to help reach young women and girls across the country. “A partnership like this,” says Keebine, “not only helps us do that, but also provides upcoming entrepreneurs and young tech talent with the exposure they will need to cutting-edge platforms and tools like AWS CloudStart so that they can become a formidable competitor in the market.”

The AWS credits along with the support from the AWS team should provide the much-needed help to businesses who need to get on to their feet.

“Our collaboration with AWS is great,” says Keebie. “It affords another practical means of empowering women in technology in South Africa.

Ultimately, GirlCode’s vision is to impact 10 million women across Africa in 10 years, starting with getting young girls interested in STEM, while at the same time becoming one of the largest female digital academies.