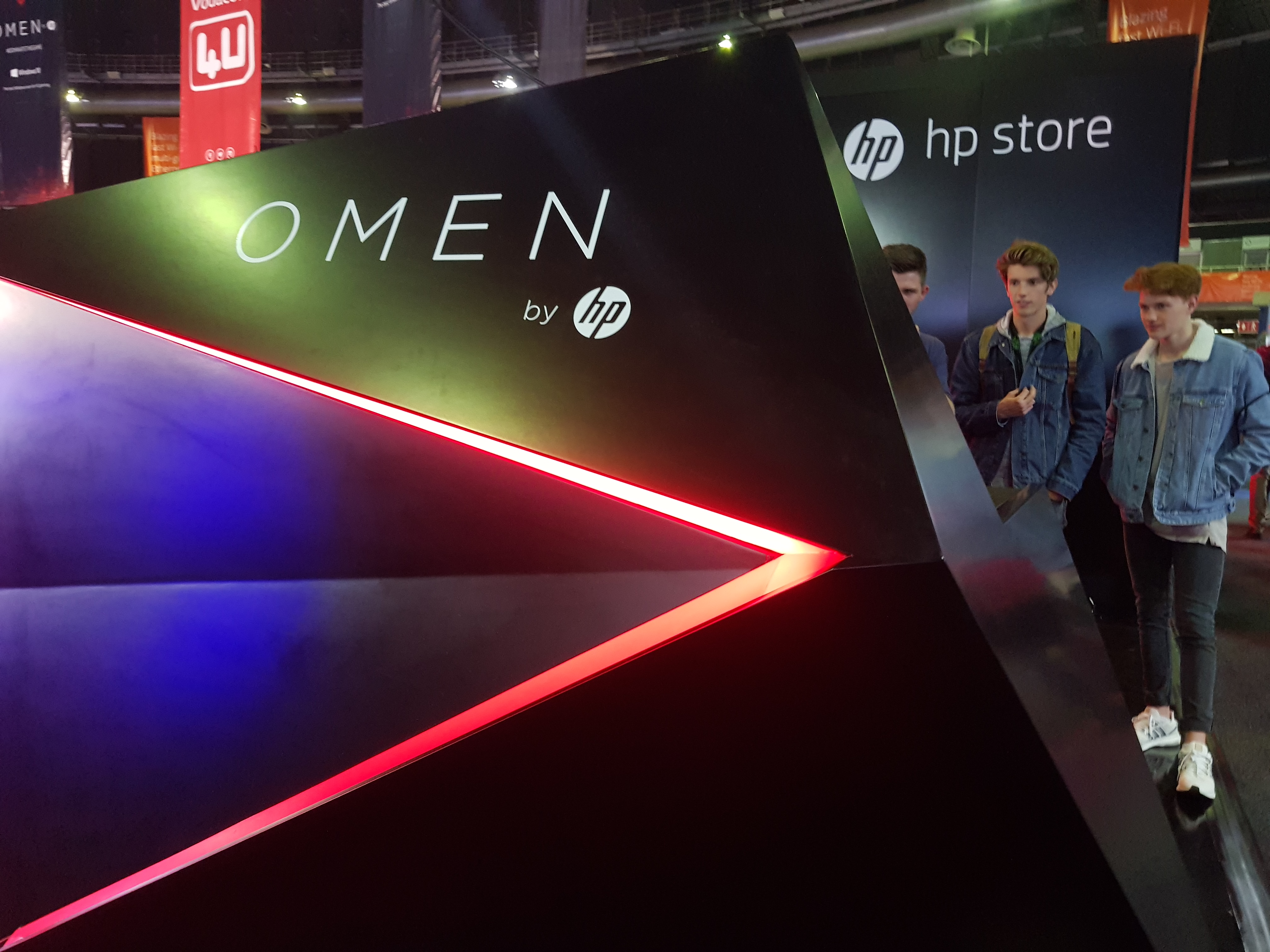 Walking through the doors of rAge Expo 2017 was an unforgettable experience. Amid the lights, music and fantastic creations of some incredibly enthusiastic and talented cosplayers, I didn’t know where to go first. This was my first rAge as a gamer, so the need to see absolutely everything was strong in this one.

But where to start? I dove into the crowds and mingled with the galaxy of geeks, striding from stall to stall until, I tumbled into another world.

Well, that’s what it felt like. Wide-eyed and jaw ajar, I found myself in an illustrious dragon’s den filled with an array of red, glowing gaming laptops. It was glorious to behold. I felt like Bilbo Baggins when he first ventured into Smaug’s lair, stunned by the heaps of treasure piled as high as the eye could see. Smoke billowed from above -from a smoke machine- and a beautiful red-branded diamond swayed above it all.

This was Omen by HP, HP’s gaming brand. 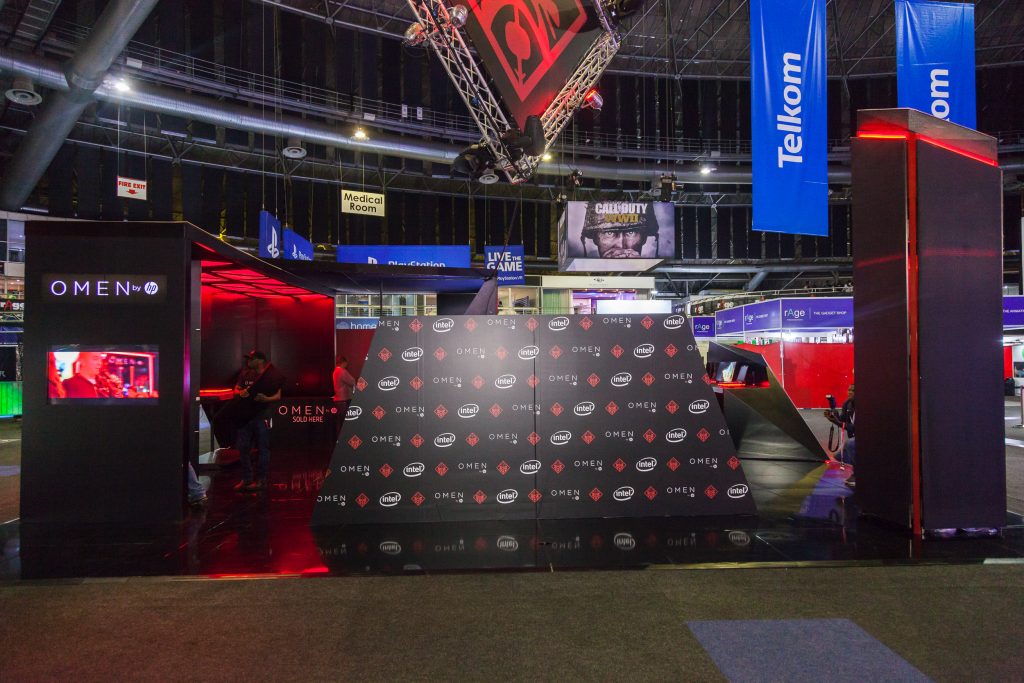 I had to know more. After all, HP deals in laptops, computers and printers. rAge seemed like a stretch for HP – how could the brand possibly contend with industry-standard gaming laptops?

Omen by HP, the new kids on the block, were definitely getting something right. The response at rAge was overwhelmingly positive. Hoards of gamers were trying out the Omen gaming range, while also queueing up to take selfies with HP representative and value sales specialist, Rodger Green, who looked both suave and a little intimidating in a well-fitting suit under his red assassin garb and black Omen bandana.

Switching from geek to journo in record-breaking time, I managed to wrangle an interview with Green to find out how Omen by HP was being received by the gaming audience at rAge. Prior to his position of value sales specialist, Green managed the entire gaming portfolio making him the perfect man to answer my questions. He began with a brief explanation of HP’s relationship with gaming.

“HP’s fairly new to the game. We entered the market about two years ago with a few devices. We didn’t really market too much. So last year, we decided to kick off a global marketing activity. This is our first year at rAge Expo. But, we also sponsored the Rush tournament that happened in July this year at the Sandton Convention Centre,” explained Green.

HP started with a toe in the water and then threw themselves in the deep end.

For Omen by HP, it isn’t just about having the fancy smoke-billowing and impressive illuminated gaming laptops. It’s about taking it to the next level in terms of initiatives, such as upskilling learners from school level, while selling great products at affordable prices.

The stall’s biggest promotion was the Omen Notebook range. Green described the updated Notebooks (15” and 17”) as “looking a lot more aggressive than our previous products” and having “top-of-the-range specs”. In addition, the Flagship Omen X Notebook is over-clockable, for when you need that extra boost.

In terms of the response at rAge, the Omen by HP stand didn’t have a dry spell the entire weekend. Although Green claims that Omen by HP is still relatively new to gaming, it is holding its own and may even blow the industry-standard gaming devices out of the water.

“Our biggest objective is still to get our brand known. We’ve come into the market and partnered with a number of retailers with fairly aggressive price points and with the specs that the gamers need. We’ve had a fantastic response from the community but it’s about getting our name cemented as a leader in gaming.”

My final question to Green was to ask if Omen had a demographic- or age-specific target audience.

His response took me by surprise.

“Millenials, of which I am one, I don’t like to admit that too often! And the slightly younger crowd. What we really see though is that gaming doesn’t discriminate like many other things do. Gaming knows no gender, it knows no age. And because we get involved with learners at a younger age, we are hoping to see gaming really take off from the school level in the near future.”

Omen by HP Products can be purchased from any HP Store or online from www.hpshop.co.za

Frew is a Communications and English student with a passion for online publishing, writing, social media, editorial, Scottish Terriers and gaming. She has 4.5 years experience in the editorial and writing field, and hopes one day to have her own business specialising in her areas of interest.