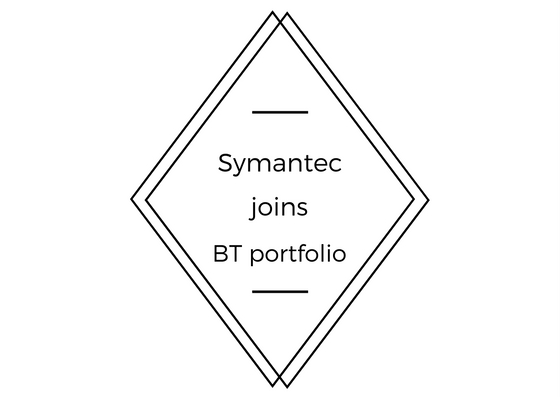 Protection of network traffic to be enhanced

BT, one of the world’s leading providers of communications services and solutions, and Symantec, the world’s leading cyber security company, recently announced the integration of Symantec’s latest technology into BT’s portfolio of managed security services. With this new agreement, BT customers will benefit from enhanced visibility of incoming internet traffic and from simplified administration of network security and hybrid cloud infrastructure.

Symantec SSL Visibility Appliance enables organisations to cost-effectively eliminate blind spots that come with the lack of insight into encrypted data traffic on networks. Considering approximately half of all internet traffic today is encrypted, this can create a large gap in an organisation’s security posture. With SSL Visibility Appliance, customers gain the visibility and control they need over encrypted traffic to ensure compliance with their privacy, regulatory and acceptable use policies.

The agreement announced today also covers access to the Symantec Management Centre platform required for the new Symantec SSL Visibility Appliance and Symantec Cloud Service. This replaces the current Blue Coat Director capability, which will continue to be supported until at least 2020 for existing customers.

“Expanding Symantec’s capabilities within BT’s portfolio will provide BT customers a comprehensive service that is needed in today’s cyber security environment,” said Mike Fey, president and chief operating officer, Symantec. “By providing dedicated SSL visibility we can combat security threats hidden in encrypted traffic so that customers can focus on critical business priorities. And the Symantec Cloud Service makes it possible for customers to extend our robust Blue Coat web security capabilities to their mobile workforce, protecting users and information on any device and from any location.”

“Monitoring network environments has become increasingly complex over the last few years,” said Mark Hughes, CEO, BT Security. “And improving visibility of encrypted traffic activity and identifying blind spots is vital for a safe and secure business. Our agreement with Symantec helps address this issue and is a new step in providing a full, comprehensive package that equips Chief Information Security Officers with the administrative tools needed to monitor their networks.”

BT’s purpose is to use the power of communications to make a better world. It is one of the world’s leading providers of communications services and solutions, serving customers in 180 countries. Its principal activities include the provision of networked IT services globally; local, national and international telecommunications services to its customers for use at home, at work and on the move; broadband, TV and internet products and services; and converged fixed-mobile products and services.  BT consists of six customer-facing lines of business: Consumer, EE, Business and Public Sector, Global Services, Wholesale and Ventures, and Openreach.

British Telecommunications plc (BT) is a wholly-owned subsidiary of BT Group plc and encompasses virtually all businesses and assets of the BT Group. BT Group plc is listed on stock exchanges in London and New York.

Symantec Corporation, the world’s leading cyber security company, helps organisations, governments and people secure their most important data wherever it lives. Organisations across the world look to Symantec for strategic, integrated solutions to defend against sophisticated attacks across endpoints, cloud and infrastructure. Likewise, a global community of more than 50 million people and families rely on Symantec’s Norton suite of products for protection at home and across all of their devices. Symantec operates one of the world’s largest civilian cyber intelligence networks, allowing it to see and protect against the most advanced threats.